“We don’t need to be lawyers, prosecutors, judges or social workers here,” he said. “We just need to be humans and talk about our experience, to change the world and make peace.”

Maia helped organize the group of 54, the largest of any one nationality to attend SPI at one time. It included people who are judges, RJ promoters, officials of the judiciary, lawyers, university professors and municipal guards. Dozens more were on a waiting list.

The Brazilian judicial system has shown growing interest in RJ, said SPI director Bill Goldberg MA ‘01, and for years EMU’s Center for Justice and Peacebuilding has been developing a relationship with people there. Director Emeritus of the Zehr Institute Howard Zehr and circle processes trainer Kay Pranis have each traveled there to provide training. Brazilians have also come to EMU for SPI in previous years, and 25 came to campus in 2017 for a weeklong series of RJ lectures and training.

Most participants this year took courses on Strategies for Trauma Awareness and Resilience (STAR) and victim-offender conferencing. 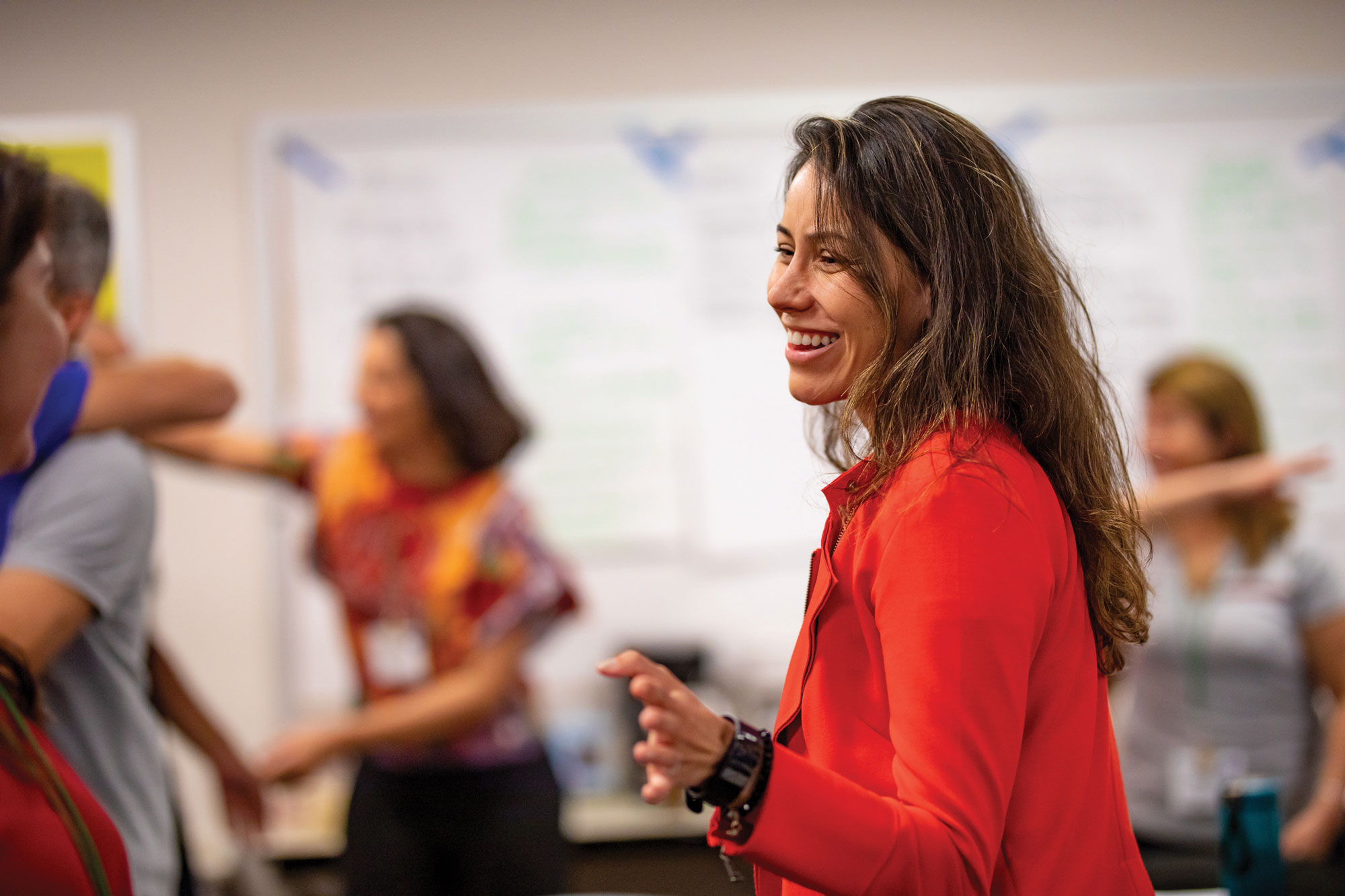 The SPI courses, Maia said, provided tools that will broaden how RJ is used in Brazil, where current guidelines proposed by the national council of judges focus on the use of circle processes.

“Here at EMU, we are learning that RJ is not what the law says, but what the community and people feel about the justice,” he said. “It has given me a new lens, and prepared me and other people in the group to talk more about restorative justice, and be ready in our spirits to go back to Brazil and talk about how these theories and practices are important to the community and not only to judges, prosecutors and lawyers.”

RJ, which is grounded in repairing the harm of crime in processes that engage individuals and other community members, is well served by trauma training, said second-time SPI participant Mayara Carvalho. She has practiced RJ in the Brazil juvenile justice system, schools and university settings, and she earned her PhD researching restorative practices in communities. She is also laying the groundwork for an RJ center.

Carvalho incorporated the STAR training she received at last year’s SPI into her work with a young boy in Brazil who had been convicted of murder and drug dealing, but who had also suffered poor health and bullying. 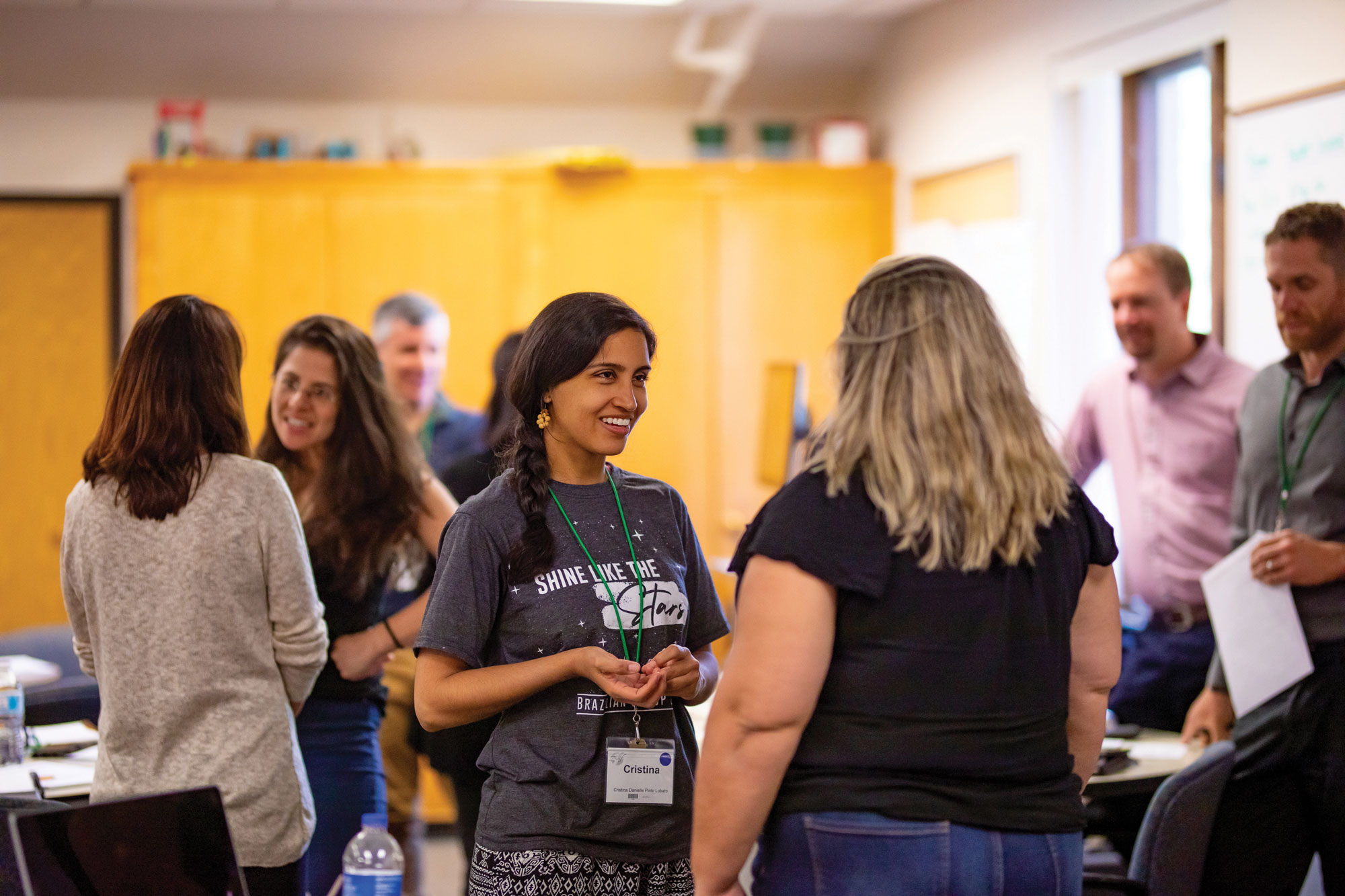 “When I put trauma and resilience together on the table, we could see him as a person,” she said – and “he started to think about himself as a person, not as a victim or as an offender.”

In addition to her book Justiça Restaurativa na Comunidade, about using RJ in communities, Carvalho has written a guide titled “Programa NÓS – Belo Horizonte” for using restorative practices in schools. Brazilian schools, she said, are often “a kind of door to criminalization” because of how they respond to students with problematic behavior.

“We’re trying to develop nonviolent communication, restorative practices and circle processes inside schools,” she said, “to work on conflicts in a better way.”

The SPI experience has shaped the Brazilian conversation about RJ, said Maia, and prompted the group to think about “what we’re doing in Brazil and what needs to be changed to do better, to expand this restorative understanding, and then to [bring] this powerful tool to the community for transformation.”

It’s not only about law, he said: It’s also about a social theory of justice.

“In Brazil we just see what the law says, and apply this in cases,” he said. “Now, we are starting to think, ‘Is this justice, to resolve the case only by law? Or is justice to give people the chance to heal their trauma?’”

Tentative plans are for another group of 25-50 to attend SPI 2020, with the current group returning the following year to take STAR II and an RJ course that has a dual focus of RJ in education and RJ in the legal system, Goldberg said.