When volunteers were solicited, nobody immediately stepped forward. It was a tough request: tell a painful personal story before an audience of maybe 40, many of them strangers to each other, and watch seven people trained in playback theater re-tell it through an impromptu performance.

Yet Muhammad Afdillah – a visiting scholar with EMU’s Center for Justice and Peacebuilding – chose this moment, just a week before he returned to his home in Indonesia, to begin to heal himself. He recounted a story involving physical and psychological injury.

Then he watched as Inside Out, EMU’s resident playback theater troupe, improvised a tense narrative of violence, friendship, loss, physical and emotional scarring, and finally, hope of reconciliation. Afdillah wasn’t the only watcher who had wet eyes by the end.

It may have helped that other storytellers had shared before – some with halting speech and others interspersing laughter with words – of surviving cancer, of stitching a wedding dress for a beloved stepdaughter, of making friends and enduring goodbyes.

It may have helped that he knew some of the actors – all EMU students, faculty or graduates – and even some of the audience, most of whom were participating in SPI 2014, often in the Strategies for Trauma Awareness & Resilience (STAR) training.

“That might have helped,” Afdillah said later. “But it was for me. It was the right time. I was trembling, but my heart was telling me this.”

Though Inside Out has “played back” stories from a variety of audiences, including sexual abuse survivors and college students recently returned from cross-cultural experiences, the May 21, 2014, event was the first time the troupe hosted a storytelling session for this particular group.

Playback theater helps its participants understand and reflect upon their experiences, says theater professor Heidi Winters Vogel, who co-founded Inside Out in 2011 with Roger Foster, MA ’12. “That simple act of sharing stories and seeing them played back, seeing it out there, allows processing. It is harder to work for healing when it’s all in your head. In addition, there’s a tremendous connection between people in the audience who see that story and have a similar experience to share.”

Making those connections is the role of an actor called the conductor, who facilitates the storytelling of a volunteer audience member, gathers more information through questions, and then helps to “shape” the story before turning it over to the actors with the invitation, “Let’s watch.”

“This is applied theater,” Vogel said, “not theater for entertainment. It’s theater for social justice and understanding. A lot of people don’t understand playback theater until they attend a storytelling session. When they see it, they realize the possibilities.”

Afdillah had no idea of its life-changing potential when he was invited by a fellow SPI participant to attend the performance. “I don’t really like theater,” he said with a laugh later.

A faculty member at Universitas Islam Negeri (UIN) Sunan Ampel in Indonesia, Afdillah researches and lectures on socio-religious conflict and politics. He collects data, supervises graduate students, collaborates with other peacebuilders and policy-makers, and admits that, like many others in his field, he rarely takes the time for himself.

For the last six months on campus, during spring semester classes and courses at the Summer Peacebuilding Institute, Afdillah began to “meditate and think about my life,” he said. “In my work, I tell people to deal with their trauma, to let it go. But I have my own trauma, my own problems. At the end, watching the story was almost the same as what I experienced, the tragedy. I feel the pain. I don’t know how this story ends, but this is starting to be ready for an ending.”

Program director Jayne Docherty says SPI is committed to the growing use and exploration of applied theater tools like playback theater to situations of conflict, violence and trauma. Classes in playback theater have been offered at several sessions of SPI.
— Lauren Jefferson 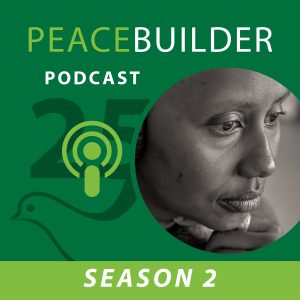 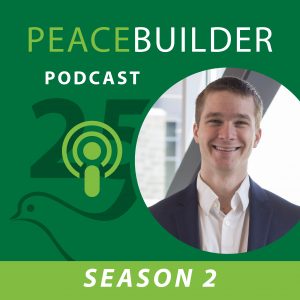 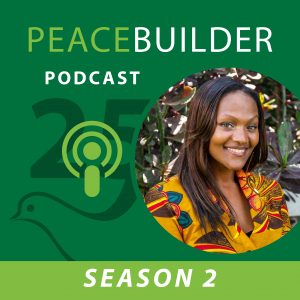 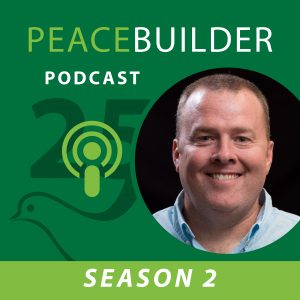