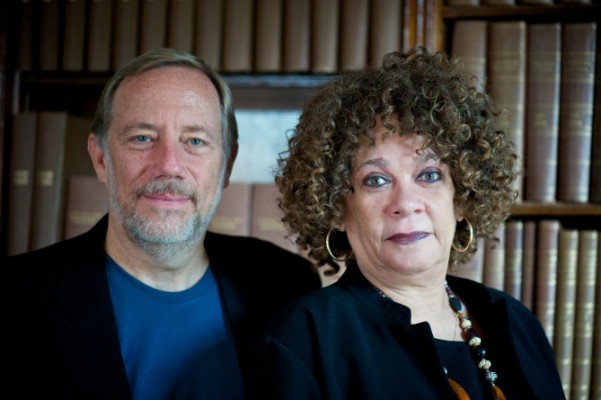 In 2001, I took a life-altering journey. A cousin, Katrina Brown, had made the startling discovery that the DeWolf family was the largest slave-trading family in United States history. Over three generations, they had brought more than 10,000 people to the west to be bought and sold. So I set out with nine distant cousins to follow the trail of our ancestors. We traveled to the family’s home state of Rhode Island, then on to Ghana and Cuba.

As we went, we filmed a documentary which was later nominated for an Emmy award: Traces of the Trade: A Story from the Deep North. On that trip, I began writing my first book, Inheriting the Trade: A Northern Family Confronts Its Legacy as the Largest Slave-Trading Dynasty in U.S. History, published by Beacon Press in 2008.

I learned so many important facts of history that I never knew before, and became viscerally aware of the legacy of slavery and its lingering damage. Standing in a slave dungeon on the rocky shoreline of Ghana where human beings were shipped off, never to return, I felt as close as I ever had been to utter despair.

Yet in spite of my enhanced awareness, when I returned from that international journey I had more questions than answers. I was left with a big dialogue bubble floating over my head that read, “Now what? What can I do about it?”

I can’t imagine what my life would be today without the first Coming to the Table (CTTT) gathering I attended in January 2006. In that program, which started at Eastern Mennonite University, black and white family members met to address the legacies of slavery in the United States. It introduced concepts from neuroscience, trauma healing and storytelling. But the heart of the experience for me was the stories we shared. Participating later in two levels of STAR training and in a week-long EMU Summer Peacebuilding Institute course in restorative justice helped ground me in a powerful set of resources.

All this gave me hope and began to answer the “Now what?” question.

The most significant project to grow from my connection to CTTT and STAR is the book project with co-author Sharon Morgan. We committed ourselves to living the healing model, which is grounded in the concepts of Truth, Mercy, Justice and Peace, and to writing about it.

Over a three-year period, Sharon and I traveled thousands of miles through 27 states and overseas together. A major element of our journey and what we wrote about is sharing experiences and evaluating them from two very different frames of reference. Sharon Morgan is a black woman. I am a white man. She lives on one end of the country. I live on the other. We have interacted with each other’s families and friends and shared many meaningful conversations about ourselves and our views.

With genealogy as an undercurrent, we visi Along the way, we led a workshop at the John Hope Franklin Center National Symposium on Hope and Healing in Tulsa, Oklahoma entitled “Gather at the Table: A Path toward Reconciliation.” During our book tour, we’ve presented at conferences, museums, high schools, colleges and universities throughout the United States.

What have I learned from the commitment we made to live this healing journey? It’s a surprise to me that I feel more pessimistic than when we began because I recognize more than ever just how deeply embedded systems of oppression remain. Yet there also is reason for hope. Some of Sharon’s and my comments from the last chapter of Gather at the Table say it best:

“The actions of one or two people rarely make a significant difference in the world. But the commitment of many people, acting individually and collectively, has great potential. Hope springs when people take the STAR training: when members of Coming to the Table congregate on a conference call to discuss restorative justice, genealogy, or relationship building, when six women in Seattle create a weekly ‘Healing Together’ workshop, and when a man in Virginia inspires people in his community to explore the history and impact of slavery through Negro spirituals and to raise their voices together in song…

“This is our work: to repair unhealed wounds from the past and challenge systems that remain unjust and either dismantle them or work to heal the damage they continue to cause.

“We would love to say of our experiment, ‘Boy, this is it! This is the lightning bolt. We’ve found the answer.’ But it isn’t that simple or tidy… The lessons are in the quest. The answers are found in the journey. These are ripples on a pond. They spread outward.

Tom was born and raised in California. He and his wife, Lindi, live in Oregon. They have four grown children and eight grandchildren. Sharon grew up in Chicago. She lives in a rural town close enough to New York City to often see her two grandchildren who live there.

For more information about the book, Gather at the Table, visit http://gatheratthetable.net/.