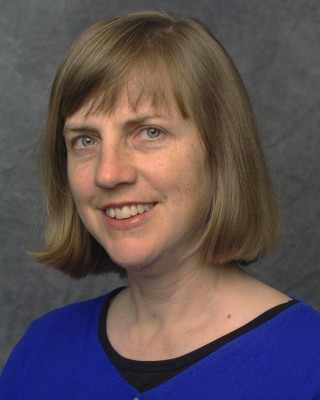 Sometimes one wishes that our experts in peacebuilding at Eastern Mennonite University (EMU) had called it wrong. One wishes that they had been mistaken in believing that a large-scale U.S.-initiated military response to the tragedy of September 11, 2011, would have serious global repercussions, worsening the destructive impact of the 9/11 attack rather than easing it.

But if you go back and read their post-9/11 essays, you will see that EMU’s conflict transformation professors— Jayne Seminare Docherty, Ron Kraybill, Howard Zehr, Barry Hart, John Paul Lederach, David Brubaker, Nancy Good, and Lisa Schirch, along with others — offered well-reasoned pleas to take a deep breath and to choose a truly restorative path after this tragedy.

They asked their fellow citizens and national leaders to step away from the natural, but ultimately destructive, instinct to strike back at the perpetrators. These professors of peacebuilding explained that such a reaction would feed the cycle of vengeance, cost us friends around the world, result in exponentially more deaths than those killed in the attacks, and actually play into the hands of the terrorists.

Five days after the attack, John Paul Lederach wrote: “The biggest blow we can serve terror is to make it irrelevant. The worst thing we could do is to feed it unintentionally by making it and its leaders the center stage of what we do. Let’s choose democracy and reconciliation over revenge and destruction. Let’s to do exactly what they do not expect.”

In a local op-ed piece, Ron Kraybill further elaborated: “Massive retaliation by U.S. armed forces is precisely the response most sought by terrorists. After all, terrorist organizations are relatively small and weak, and a primary goal is publicity and recruitment of new supporters. Their best hope is to provoke a reaction that earns new enemies for us and new sympathizers for the terrorists.”

Jayne Docherty asked that the U.S. “examine and address the conditions and policies that have given rise to the cycles of unrest, violence, and terror that have been escalating around the world.”

Nancy Good, who did her doctorate on psychosocial trauma, wrote: “We can’t transform the presenting conflict without uncovering—or somehow attending to—the underlying trauma. The conflict can actually worsen. Victims are re-traumatized and, if the trauma goes unhealed, the victim may become the aggressor; the abused may become the abuser.”

Though Good did not write about this at the time, her message on unhealed trauma is now pertinent to U.S. veterans who are returning, after multiple deployments, with not only physical wounds, but psychological ones.

Kraybill worried that “over confidence in the effectiveness of superior conventional force makes it relatively easy for states to be enticed into costly mobilization.” If, as a result, “heavy damage is inflicted on civilian populations, the civilian support base for the ‘unconventional’ group will be exponentially expanded.” (Kraybill’s fears were realized in both Afghanistan and Iraq, though General Patraeus earned wide praised for trying to reverse this tide.)

On the first anniversary of 9/11, Kraybill wrote of grieving over “the billions we have wasted on weapons, when true long-term security requires investments of a different kind.” Those “billions” quickly became tens of billions, and then hundreds of billions of dollars, spent on warfare and its attendant costs. (For fiscal years 2001 through 2007, the Congressional Budget Office estimated that the U.S.  spent $602 billion on operations in Iraq, Afghanistan and other regions linked to the “war on terrorism,” as well as on veterans’ benefits and services.) Budget experts now speak in terms of trillions of dollars.

It is not a coincidence, unfortunately, that these massive expenditures have helped fuel one of the worst economic recessions in the history of this country—a recession that has sickened much of the world and rendered it less able to deal with other issues that affect life on earth, such as global climate change.

Though Osama bin Laden is dead, his aim of severely crippling the United States and other perceived enemies lives on.

Let me be clear: none of the EMU-based experts were arguing to do nothing to address the attacks of 9/11. On the contrary, they were arguing in favor of more effective, more collaborative, less costly, and less self-harmful steps to clean up the soil in which terrorism thrives and to ensure that terrorist groups attract a dwindling number of followers.

Writing in a recent Christian Century (8/11/11, reposted on Peacebuilder Online), John Paul Lederach reflected on the decade since 9/11. He noted that many U.S. citizens were led to believe that the world was divided into “us and them.”

“This was particularly true of how we understood and engaged the Muslim world, at home and abroad,” he said. “We spent our national wealth on war and isolating our enemies.”

In contrast, Lederach said the events of the past decade caused him to feel renewed affinity for Jesus’ admonition to befriend the enemy: “We find this in Jesus’ response to people who his closest disciples found unacceptable. He ate with his enemies. He went to their houses and he invited them in.

“None of this implied that he changed his fundamental beliefs or values,” wrote Lederach. “It implied that he reached out and built relationships with those deemed untouchable and a threat. He chose love over fear, engagement over isolation and separation.”

As an example of the possibilities of such relationship-building, Lederach cited the hundreds of Muslims who have gathered with Christians and people of other faiths from all over the world at EMU’s Summer Peacebuilding Institute since its founding in the mid 1990s. Almost all of these people have returned to their homes, buoyed by new friendships, by new skills for working in their contexts for peace, and by hope for a world where everyone first reaches for the tools of non-violent conflict transformation, rather than for weapons that will further traumatize us all.