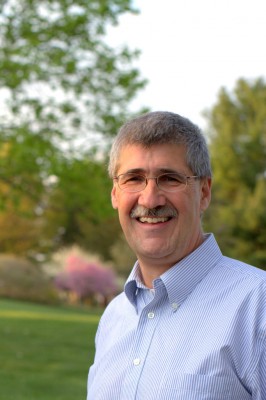 Inescapably, September 11, 2001 surfaced a question brewing under the surface of my faith and profession: How do we transform enmity?

The faith I embrace and the nonviolent conflict transformation I commit to professionally rise from the life and teachings of Jesus, who measures love in the paradoxical quality of how we respond to those who wish us harm.

The brutal events of that day brought life and work to a standstill. Wherever we were we stopped and watched, staggered. I felt a mix of deep sadness and anger beyond words. As Yeats put it, the center broke. And questions poured out. Unanswerable. Unspeakable. The central tenets of my faith and vocation seemed uprooted, naked and irrelevant to the rising impulse of seeking an adequate response.

In settings of violent conflict, peacebuilding inhabits a liminal existence, the carving of a home between people whose lives are defined and held together by enmity. It chooses to build relationships and trust where pain and hatred run deep. The violent acts in the Fall of 2001 challenged the very core of this vocation: How do we pursue justice and love those who wish us harm?

In the decade following 9/11 our national response entered the slippery but well justified pathway of fear in the name of security. We were increasingly presented a bifurcated world divided into “us and them.” This was particularly true of how we understood and engaged the Muslim world, at home and abroad. We spent our national wealth on war and isolating our enemies.

If 9/11 changed anything for me it was to find my way back to the essence of peacebuilding. The profound truth of Jesus’ life came home in the form of his simplest yet most radical act: Befriend your enemy. We find this in Jesus’ response to people who his closest disciples found unacceptable. He ate with his enemies. He went to their houses and he invited them in. None of this implied that he changed his fundamental beliefs or values. It implied that he reached out and built relationships with those deemed untouchable and a threat. He chose love over fear, engagement over isolation and separation.

What endures since 9/11 is the need to build relationships across our perceived divisions, with those who see the world differently and most importantly with those whom we may most fear. From Eastern Mennonite University to my current post at Notre Dame, we have committed to engaging the other. Hundreds of Muslim brothers and sisters have traversed the Summer Peacebuilding Institute at EMU since its inception in the mid 1990s and the recently launched initiative Contending Modernities at Notre Dame provides a platform for building understanding and constructive change between the world’s two largest religious bodies, Catholicism and Islam.

Birthed in a commitment to violence, 9/11 poses the challenge of how, in a world divided and broken, we will choose to respond creatively to enmity.

I think the path of love starts with the simple yet unexpected act of engagement and befriending.

In the fall of 2001, John Paul authored two responses to the recent tragedy, published in CJP’s special series, Beyond September 11th:

John Paul Lederach, PhD, is professor of international peacebuilding at Notre Dame’s Kroc Institute for International Peace Studies and was also founding director of what is now Eastern Mennonite University’s Center for Justice and Peacebuilding. When Blood and Bones Cry Out, Lederach’s most recent book co-authored with his daughter, Angela Jill Lederach, will be published by Oxford University Press this fall.

3 comments on “Transforming Enmity: The legacy of 9/11”