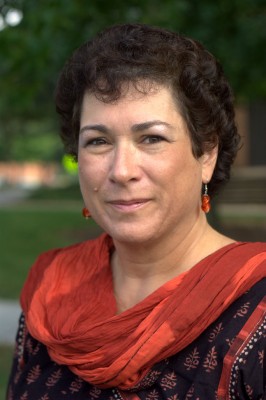 Most people agree that the U.S. health care system is broken. Almost nobody in Congress says it works well the way it is. Physicians and other health-care providers aren’t happy. The insurance companies aren’t. Those without health insurance are at serious risk if they require major medical care. The fortunate ones with good insurance may lose it for a variety of reasons, including changes in employment.

So why can’t representatives of the interested, concerned parties simply sit down and negotiate their way to a reasonable solution?

The poor record of health care negotiations points to the limitations of “principled negotiation” practice – i.e., looking for the win-win solution – as it has developed since the 1981 publication of Getting to Yes by Roger Fisher and William Ury.

In May 2008, I joined a group of 50 negotiation educators and practitioners from around the world in Rome, Italy, to examine the limitations of current negotiation practice and to seek ways of improving negotiation training.* We spent two days watching our colleagues teach a basic negotiation training course and another two days rethinking both content and teaching methods. Our goal was to develop version 2.0 of the standard negotiation course, with special attention to matters of culture and context.

I spent most of the four days with a U.S. Army Major serving his third tour in Iraq, a Royal Canadian Mounted Police officer with a UN peacekeeping background, an Israeli crisis negotiator, and some scholars interested in high-risk negotiations. My own work centers on improving the use of negotiation for ending civil wars and rebuilding post-war societies, with a current focus on Burma/Myanmar and Lebanon.

You might ask, “What do negotiators working in war zones have to teach negotiators working on health care reform in the United States?” Actually, in both cases, the parties are simultaneously negotiating a specific problem, while trying to re-negotiate their social, political, and economic relationships. When you look closely at the health care negotiations, the biggest problems are not technical; they are tied to our (mostly unspoken) sense that we need to re-negotiate fundamental assumptions about how our collective lives are organized.

Difficult questions come into play: Is health care a basic human right? What is the legitimate role of profit making in health care delivery? How do we allocate scarce resources? What responsibilities do individuals have to promote their own wellness? What is the role of government in our personal lives? Any significant changes in the status quo involve enticing millions to change their behaviors and attitudes about health care.

Just as “principled negotiation” is not a robust enough tool for negotiating peace with justice in Iraq, Burma or Bosnia, it is not adequate for negotiating health care reform in the United States. Over the next few years, my colleagues and I will continue to meet and work at drawing negotiation lessons from actual peacebuilding practice. These lessons may arrive too late to affect health-care bills currently being negotiated, but I think they will have surprising applicability to negotiating other public policy issues in the United States including, perhaps, the adjustments we will all have to make in response to global climate change.

A second meeting was held in Istanbul on Oct. 14-17, 2009. See Rethinking Negotiation Teaching: Innovations for Context and Culture edited by Christopher Honeyman, James Coben, and Giuseppe De Palo and Negotiation Journal, April 2009, for the first papers from this multi-year project.

Jayne Seminare Docherty is professor of conflict studies at EMU and author of The Little Book of Strategic Negotiation (Good Books, 2005).