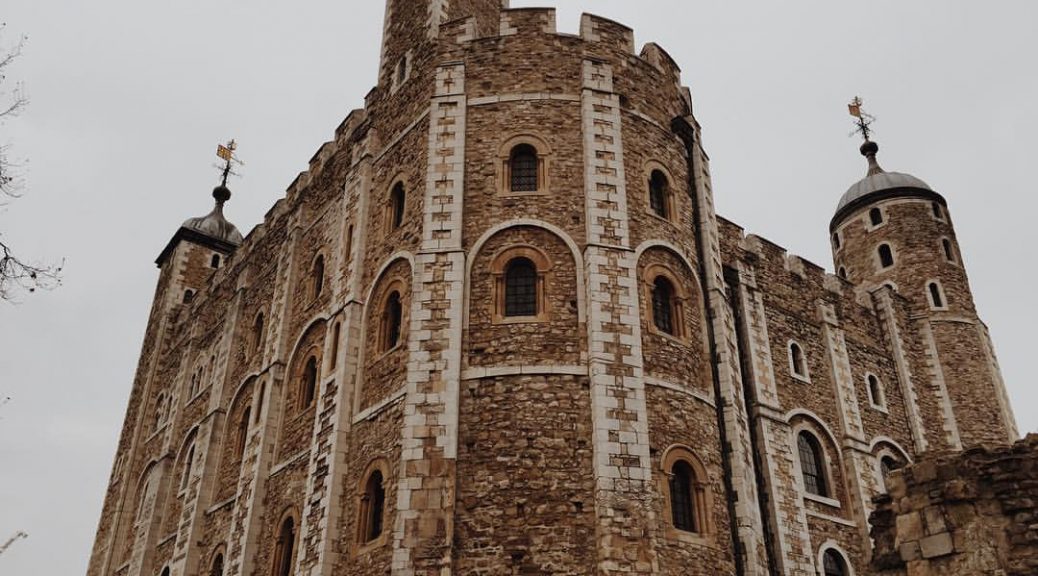 When I arrived in London’s Heathrow Airport, I experienced one of the most significant culture shocks of the trip. I went to the cashier, prepared to pay for my salad and smoothie, he spoke to me, and I, having no idea what he said, froze in confusion. Now this confused freezing was actually a common feeling for me on the trip, especially in Prague where Czech is spoken. But in this case, the shock I experienced was when the cashier, seeing me frozen, repeated the price for my lunch in English and I realized that he had been speaking English all along—not German, Hungarian, Italian, Czech, or French—and I had not understood a word he said.

Because of the English language and the many cultural links between the US and the UK, I had expected London to be the most familiar country of any we visited. However, as evidenced by my embarrassing encounter with the British cashier, London’s very familiarity was what made it feel so strange. So familiar—and yet lorries and taxis barreled down the “wrong” side of the street and people spoke with accents that could have come straight out of Downton Abbey. Still, London is much closer to home than Prague (our previous stop)—a small city pierced by medieval towers, still learning to shake off the shadow of oppression (by the Nazis and the Communists) in its recent past. London, instead, is a bustling modern city, once the crown jewel of a vast empire, and still one of the wealthiest (and most expensive) cities in the world. Here, instead of boasting an historic centre, history is to be found in small pockets amidst the whir off traffic and the glare of skyscrapers—Westminster Abbey, the Tower of London, St. Paul’s Cathedral, the Globe Theatre, and so on.

This contrasted with Prague, where there was a definitive old part of town where the highlights are the statue-lined Charles Bridge and the astronomical clock tower, a device so spectacular in its day that the mayor of the town had the clockmaker’s eyes gouged out just so he couldn’t build another one anywhere else. Or so the legend goes. Speaking of gore, the Tower of London is an excellent place to go if you want to see an overpriced gift shop located in a former dungeon/torture chamber and hear a tale of the most botched execution in English history. Enough said.

My favorite part of the trip to the Tower of London was probably when we got to see the crown jewels. They funneled us and all the other tourists into a dark room, then stuck us on a conveyor belt that scooted us past all the crowns of England in order—each of them imprisoned in their own glass box with small lights hitting their enormous jewels in all of the right places—diamonds and rubies and sapphires, all larger than your eyes. London is soft on the eyes, by the way, often a hazy grey.

The only morning we ran into rain was when we went to Oxford. Despite the rain, this was a thrilling day for me because we got to eat lunch at the Eagle and Child, where I saw the room that the Inklings, Tolkien and C.S. Lewis’ writing club, used to meet! Another thrill for the nerdier portion of our group was seeing Ian McKellen (Gandalf in Lord of the Rings), Patrick Stewart (Captain Picard in Star Trek) and Owen Teale (Ser Allister Thorne in Game of Thrones) at a performance of No Man’s Land in London’s West End. This was a special performance for everyone because it was the first play since Vienna that was actually in English! We saw four performances in Prague, all of them in Czech, which we enjoyed because of their visual complexity—whether it was actors floating between stage and screen, puppets and books reenacting the Holocaust, or actors dancing around in bear costumes and traditional garb. In both Prague and London, we had the chance to see Shakespeare on stage, which was wonderful! Both performances were largely modernized in terms of set, costumes, and dramatic interpretation, but the language in London was still undeniably Elizabethan. While in London, we also visited a Renaissance style indoor theatre, a small venue built out of English oak and lit only by beeswax candles. I must admit, I got a bit nervous when the actors were dancing around the flaming candelabras.

If you think about it, the cross-cultural experience is a lot like dancing around chandeliers on a dark stage—beautiful, exhilarating, but often downright nerve-wracking. But worth it? Worth almost catching your skirts on fire? Well, I’ve done the dance and most of the beeswax tapers are still burning. So I think, yes. Yes. I’d dance that dance again.

Until next time, lovely Europe. Adieu.