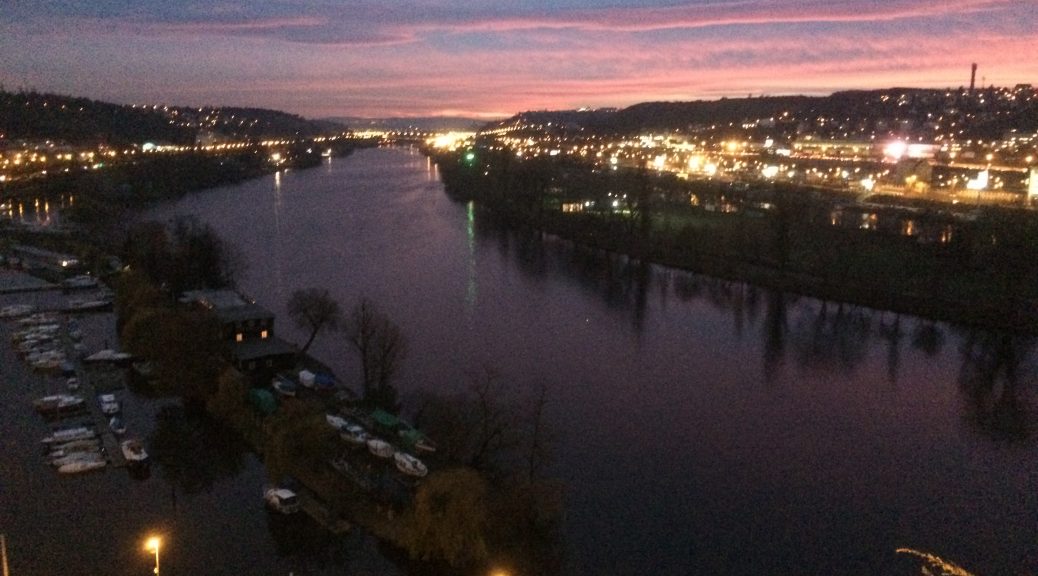 If you were given the opportunity to travel anywhere in the United States for 8 days, where would you go? As the month of November was coming closer, the members of the group were beginning to plan for more traveling.  Despite the towns, cities, and countries the students have already visited, this experience would be none like the rest. From November 5th till the 12th, the students and leaders of the group were allowed the opportunity to travel throughout Europe before meeting up again in Prague on the 13th. To help plan our adventures we were given extra per diem to cover any travel, housing, or food costs that we may encounter.  In groups ranging between three and six people, and with some traveling solo, the students chose destinations of their choice and traveled by plane or train.  For most it was a relaxing retreat from the city life and busy day to day schedules, yet students did experience some stress on the way. Nonetheless, hearing stories from Ireland, Italy, and many other places reminded me how lucky we are to be on this trip.

After a long speed train ride, four juniors landed at their rooftop terrace in the city of Rome, Italy. This group consisted of Michael Austin, Corey Hostetler, Colton Frey, and Thane Hostetler. While staying in Rome for four consecutive nights, the guys took in the Italian culture by exploring the historical city and seeing gorgeous views from their rooftop. A big highlight was attending an A.S. Roma verses Bologna F.C. soccer game. The guys enjoyed the game greatly while seeing the crowd react as Roma beat Bologna 3-0 with one player scoring all of the goals — a hat-trick! Indulging in local food was another highlight of Rome. Finding gluten-free food options was challenging at times for Colton Frey during his stay in Vienna. Thankfully, Rome had a plethora of gluten-free food options that were both reasonably priced and delicious. Ironically, while experiencing the public transportation services in Rome, the buses there were inconsistent with their arrival times, unlike Vienna where bus schedules were efficiently timed. After Rome, the next destination was a country side farm house in the town of Hombrechtikon, Switzerland, just 40 minutes away from Zurich. Relaxing in the open country was a nostalgic moment as all of the guys grew up in small towns. Walking around the open areas and talking for hours was an excellent break from the expensive aesthetic of Zurich. Altogether, the guys enjoyed their time together in Italy and Switzerland.

When the country of Ireland comes to mind, most think of unique accents, gorgeous countryside, and a vibrant city life in Dublin. In this case, a group of students experienced just that and more! For William Stanley, Hannah Cash, Celestyna Hoefle, and Alaina Bingler, visiting the Cliffs of Moher in southern Ireland was their favorite part of their experience. Being out in warmer weather and seeing the ocean was breathtaking. While others were exploring the coast, Esther Wallie-Ola Ajayi and Caleb Townsend stayed in the city of Dublin and enjoyed the local scene. The two of them went to restaurants and cafes around Dublin and had the experience of befriending students studying around the city. Conversations about everyday life, film, and music filled the room as well as Esther’s talented singing voice during an open mic night. The weather in Dublin was gloomy and cold most days so downtime at the airbnb (bed and breakfast) was a plus to unwind and reflect on the trip so far. For Celestyna, leaving the everyday life in Vienna was especially difficult because of the freedoms that she had and the memories that she made in Vienna. Getting used to new surroundings is a usual adjustment for her as she grew up for most of her life in Thailand, which is very different from American and European culture. However, every step of the way Cela was grateful and continues to grow as a person with every destination that she goes to.

The great region of Tuscany was the first destination for Kaitlin Abrahams, Liesl Graber, and Jacinda Stahly on their grand adventure. For three nights, the girls stayed in an airbnb with a top floor view that was perfect to see after a long day of fun. The first adventure was seeing an orchestra and not one, but two choirs perform the Lord of the Rings soundtrack live while the movie played in the background. Next, they went to see the famous sculpture of David in the Accademia Gallery. Between those two highlights, the girls enjoyed a lot of authentic Italian pasta, gelato, and coffee while even practicing their bartering techniques at the local markets! Using their charm, smiles, and the classic phrase “we are college students,” they convinced vendors to lower the prices of handmade purses and cashmere scarves, how lucky! After Florence, the girls had a rough train ride to Nice, France where they stayed for the other five nights of their free travel. The trip consisted of four different train connections and carrying bulky, uncooperative luggage around for about twelve hours. Once arriving at Nice, they were able to finally take a lift to their airbnb apartment and enjoy the small town by the Mediterranean. Nice is an excellent town for people who enjoy a special mix between French and Italian cuisine and beautiful pebble beaches. As Kaitlin Abrahams describes, “the water was icy cold, but some of the brightest turquoise water I have ever seen!” Their trip was a dream come true for them and the memories they made will always be remembered.

This free travel opportunity allowed me to see my family in Konjic, Bosnia and Herzegovina again after five years. Growing up I visited Konjic several times so I was already a seasoned traveler when it comes to long flights. There I spent many days catching up with old friends and spending quality time with my grandmother in her flat. After free travel we all reunited in Prague, Czech Republic on the 13th of November where we all arrived safely to Sophie’s Hostel and told stories of our free travel experiences. Prague is a city known for its long history and amazing architecture and the group was excited to learn and reminisce on living together in a hostel again like in Salzburg.

Thank you to everyone who has supported the leaders and students of this trip in any way. Without you none of this would be possible. Your constant prayers are greatly appreciated and we are excited to tell you what is happening next!