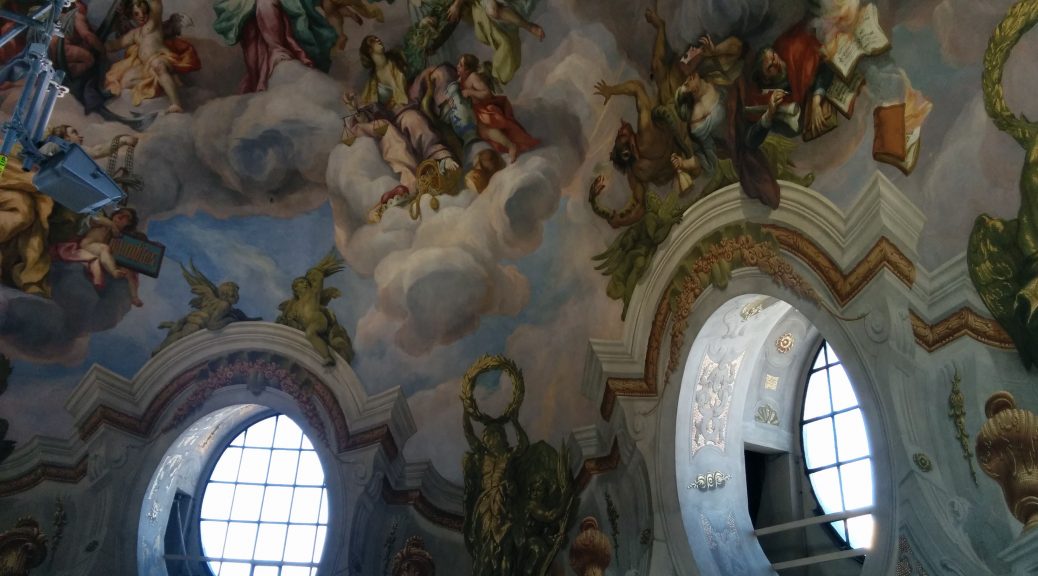 This past week has seen our time in Vienna come to a close. For two months, we toured cathedrals, went to museums, and did our best to learn German. We regularly went to plays, including performances at the Austrian Burgtheater and the Vienna State Opera. We saw fringe pieces at Brut Wien and Tanzquartier. We made the occasional weekend trip, attending the ballet in Budapest and touring Paris. Commuting to class, finding our way through the streets, and rushing across the city for social gatherings were examples of how hectic life in Vienna could be. For some of us, the cosmopolitan rush of city life was enough of a cultural shift, language and societal differences aside.

City culture is not necessarily the norm for Sarah Regan, a junior and a Social Work major. Sarah comes from Holmes County, Ohio, which has a population of around 42,000. For Sarah, home is a place where the towns are not big enough to mention by name. According to her, “Holmes County is small enough that we just classify them all together when we tell people where we are from.” Occupying one’s time is certainly different in the rural setting. Sarah said, “We lived by a farm out in the middle of nowhere, as did almost everyone else, so my siblings and I had to play [together] and didn’t really get to know a lot of the town outside of who we went to school with.”  This is in stark contrast with the abundance of opportunities for social gathering in Vienna. On any given evening, students would meet up for dinner in the center of this city, or get a cappuccino at a historic café. People would get together for a movie, a performance, or just to hang out at one of Vienna’s parks. Sarah lived on Mariahilferstraße, one of the Viennese streets most populated with clothing stores, restaurants, and cafes. In addition to this, there are numerous stops on the subway along the street, giving one access to the entire city. On the experience of living in Vienna’s shopping district, Sarah said, “There were plenty of places to eat or even just buy groceries. There was a great transportation system that could get you within walking distance of anything you wanted to see. And I actually learned how to effectively use a map! It was so different from our closest neighbors being cows growing up.” When asked if she could imagine living in a place like Vienna, Sarah responded, “I think I would like to live in Vienna, although I don’t know how possible it would be. I just really felt comfortable there and every day brought something new to me. There was so much to do and so much to explore and I love that!”

This is not to say that Sarah feels poorly about her home. Our time in Vienna has helped us to appreciate different things about home that we had not previously realized. Sarah had to say this of her experiences away from home: “It made me appreciate the distance from all the noise and from the rest of the world. I used to hate that there was nothing to do in Holmes County, but now I’ve come to appreciate it because it created more space to spend time with family, playing games and not necessarily going out and spending money all the time.” Part of the point of a cross-cultural is to make us step outside of our comfort zone, step outside of our native environment, and seek a better understanding of global culture. This process inevitably changes how we think of who we are, and where we come from. “It also made me realize how much different the world is when you step outside of your world for a while. I’ve learned so much more about things I never even thought about at home, things I never thought existed to know. It really has broadened my view,” she said. Sarah is not alone in this feeling. During our time in Vienna, the group constructed a theater piece centered on the four stages of cultural adaptation in order to help process our experiences abroad. Stage 1 is known as “the honeymoon phase,” involving excitement with the new environment, superficial involvement in culture, and overconfidence in one’s ability to problem solve. Stage 2, also known as culture shock, hits when the novelty of a new culture wears off and the differences cause frustration. Stage 3 involves gradual adjustment, the point at which one can begin to fit into a new culture, despite not feeling fully comfortable. Finally Stage 4, when one feels comfortable and the culture feels like a second home. Our piece featured a series of sketches inspired by this framework, and premiered at the Brunnenpassage performance space, in Vienna’s Turkish district, on October 29.