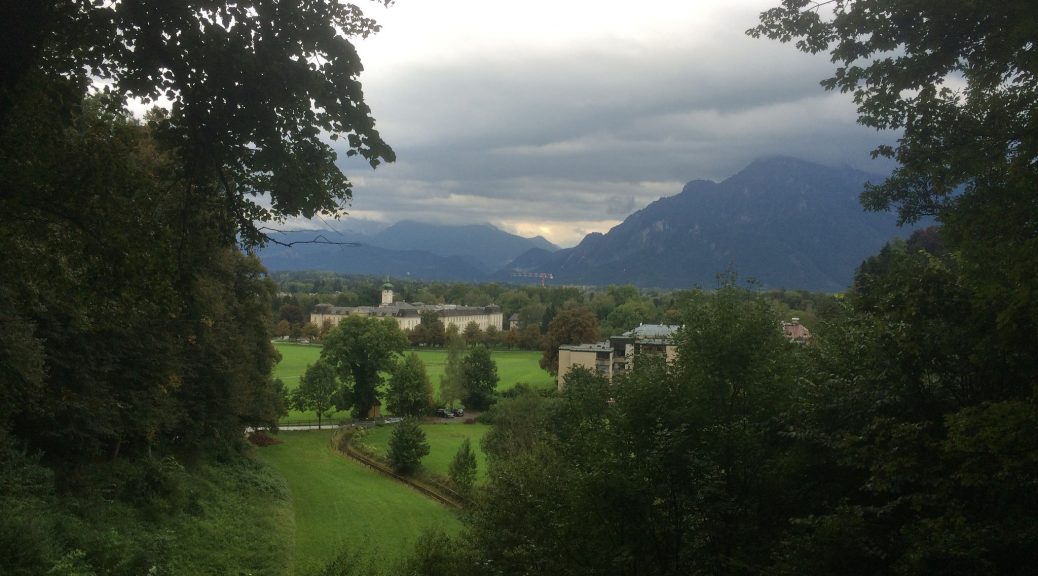 Over the course of this cross-cultural, we have had several different tour guides that have led us through different cities or specific areas.  They each have their own little quirks and differences, but they all were good at their jobs.  In Salzburg we had Eric, a local who led us around small towns like Hallstatt and the mountain, Grossglockner.  Then we had Lazlo, who showed us around Budapest.  Finally, we have had Justin as a guide for some time in different areas of Vienna.

Eric had a bit of a different job than most tour guides.  Instead of leading us around a city or giving us lots of history on a certain place, he basically was our chauffeur for two days, taking us to the mountain Grossglockner and the city of Hallstatt.  He didn’t have a lot of information for us and he didn’t lead us around Hallstatt, but just sat with us on the bus and told us little tidbits of information that he deemed important.

Eric had a quite unique character, and we still think about him even though it has been over a month since we have seen him.  For instance, he has a unique way of dealing with children.  When he was trying to speak and the two-year-old, Felicity, started whining and screaming, Eric screamed back at her! “Littlest one! I am here too! AAAAGHHH! It is my turn to talk.”  We still quote him to this day.  Another “Eric” moment was when we went past his house on the way to the mountain and he gave us a good glimpse into his life.  Apparently it has a lot to do with his cats.  He has two, and though they get on the balcony railing, they do not fall, according to him.  His taste in music was also interesting.  He gave us an interesting glimpse into traditional Austrian folk music with Klostertaler’s song “Ha-le-lu-ja.”  Look it up sometime if you are curious.  The result was hilarious and it definitely is a song that has stuck in our heads.  Though he is a bit quirky we all really enjoyed having him around and we were sad to see him go.

Our most recent guide was Lazlo in Budapest.  He had a more traditional job and led us around the city showing us different spots of interest along the way.  He had one of those sticks that are easy to spot so that we really felt like tourists.  Up until then we never had a tour group like that.  We always found stuff on our own or with Justin.  Lazlo also taught us about the culture in Budapest and the history.  Specifically he taught us that “Everything is Hungarian.”  We learned to dance in a traditional Hungarian style, and we got a private boat tour that Lazlo narrated.

Lazlo was just as funny as Eric, but in a very different manner.  He had some obviously prepared jokes that I’m sure he tells everyone, but that’s not why he made us laugh.  While we did laugh at his jokes, (and they were funny!) we really liked the general way he presented the tours.  He had surprises for us if we knew answers to questions or participated in some way. For example, after embarrassingly making us learn the dance on the street in front of random strangers, he said he had a surprise.  The surprise was that we got to do it again, this time with his mother-in-law singing along!  She is apparently a famous opera singer, so we got to dance to her music that he played out of a tiny little speaker.  We all got a good laugh afterwards.  Another of his surprises was actually very tasty.  He booked a last minute boat tour down the river, and narrated the experience for us.  He was very knowledgeable, but the part that stands out is he brought apples from his garden for us to share.  With the apples we had another dance session, but this time we used whatever music we wanted.

Finally, there is the great professor himself, Justin.  I am counting Justin as a tour guide because Justin tells us about everything whenever we do not have an official guide.  He tells us about all the performances we are going to see, he tells us about different districts in Vienna, and he tells us where Mozart’s house is.  Justin doesn’t come across as a tour guide, because he’s not.  One could say he is just our guide.  He has been to Vienna before with his wife and they know the city.  Their experience mixed with Justin’s passions and energy means we are also engaged in what we are seeing, even if we weren’t all that interested in the beginning.  If you had to compare our guides so far, I would say that Eric is quirky, Lazlo is fun, and Justin is a power walker.  No, but really he is a very fast walker, and often leaves some of us behind.  We have to bring him to heel by shouting, “HOLD!!” His energy is contagious and some of us manage to keep up, but others are left in the dust.  (That’s what “hold” is for!) 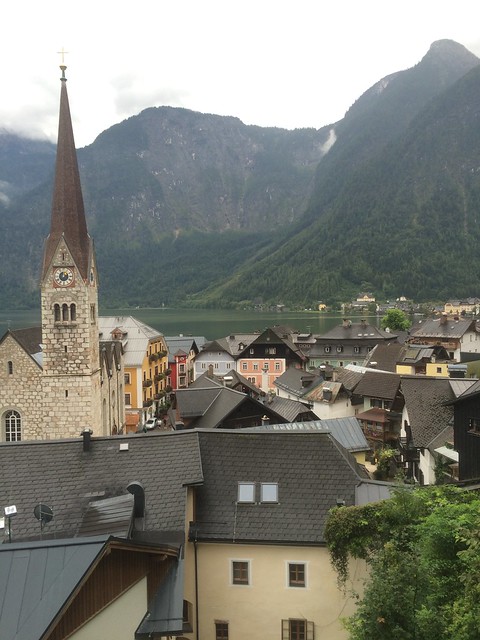