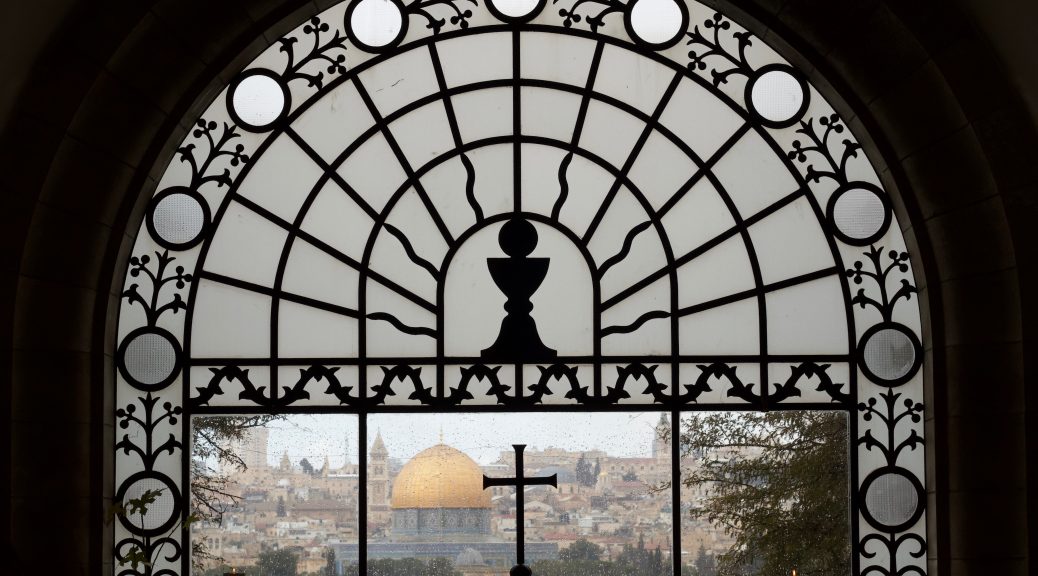 Back in Jerusalem again! After a week of relaxing free travel we returned to what has become a pretty familiar city. We spent our week staying at the Ecce Homo convent in the Old City. The convent itself commemorates and stands at the location where Pontius Pilate scourged Jesus and declared “Ecce homo!” Or “Behold the man!” The building is built out of beautiful stone work and houses a chapel, classrooms, and underground cisterns. My favorite part of the building by far is the terrace on the second floor that overlooks the Old City and the Dome of the Rock and Temple Mount. The convent is located in the Muslim Quarter so we enjoy hearing the echoing calls to prayer from the various neighboring mosques each day.

Our location allowed our group to experience a vivid diversity of cultures and religions. Though we are in the Muslim Quarter, the Christian boulevard of the Via Dolorosa runs through and with it brings a large number of Christian pilgrims. The Via Dolorosa was the route where Jesus was taken along at the time of his crucifixion. It ends at the Church of the Holy Sepulchre where tradition places the tomb where Jesus was buried and resurrected. Each day tour groups can be seen walking the route carrying large wooden crosses and singing in their native languages.

Our curriculum this week was a mixture of classes and getting out to experience the area. We learned a lot of new information about Jewish culture and heritage from guest speaker Debbie. Our guide for a day Jared also gave us a modern tour of the Old City seeing the four quarters Christian, Muslim, Jewish, and Armenian and how they are similar and different. After learning so much about the ancient peoples who lived here it was fun to see and learn about Jerusalem’s modern day residents.

We also enjoyed a week-long Hebrew class with our Israeli teacher Sarah. Our inner child was brought out as we learned through songs, dance, and sometimes even puppets. By the end of the week we had learned the Hebrew “Aleph-bet” and were joyfully singing our favorites songs we had heard that week.

Outside of class, we had a great time exploring this new part of the city and all it has to offer. This Thursday evening at sundown marked the beginning of the Jewish holiday of Purim. Celebrations can be best described as a mixture of Halloween and Mardi Gras. People of all ages dress up in costumes and fill the streets singing and dancing. It was fun to see everyone come together and celebrate, and really get to experience local culture. Many of us also had the valuable experience of visiting the Western Wall during Shabbat. As the celebrations of Purim wound down the day of rest began at sundown on Friday and people began to file into the plaza near the wall. It is really amazing to see so many people gather together for prayer. In the plaza people gathered to sing traditional songs and circle dance to celebrate the end of the week as well.

Jerusalem is truly a city like no other. It is a place where the monotheistic religions of the world converge into a beautiful diversity of culture and backgrounds. The combination of this with the ways in which visitors are able to walk quite literally in the footsteps of Jesus has made our time here a wonderful time of reflection on religion, values, and culture.