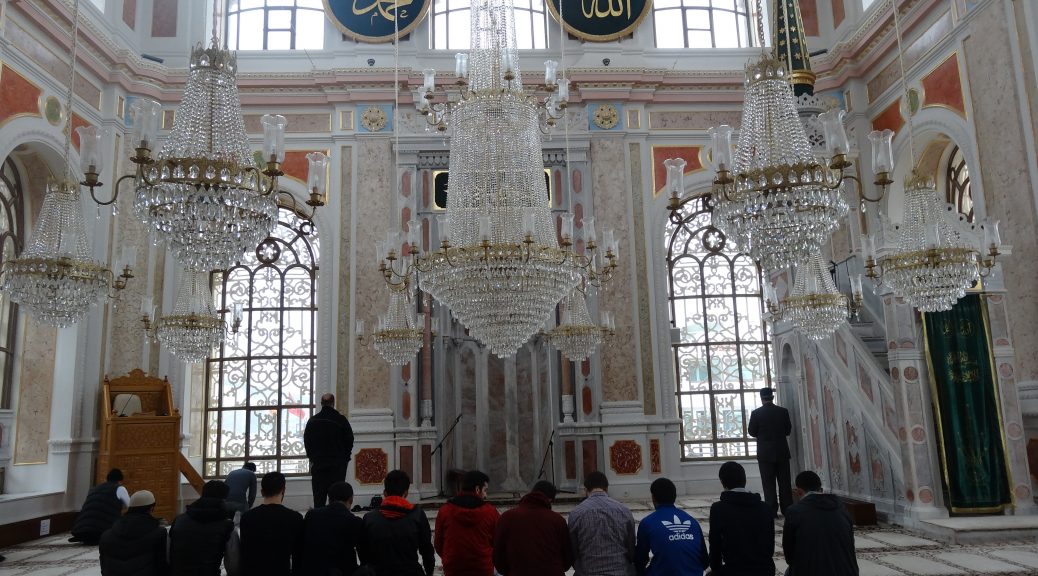 Last week was one we’ve all been looking forward to for a long time: free travel! After our final exam at JUC, we split up and began a week of exploring on our own. Anisa, Carly, Emily, Erin, Rachael and I went to Turkey. We flew into Istanbul and spent a night there. After exploring the city a bit and visiting the Blue Mosque and the Hagia Sofia, we flew to Antalya and then took a bus to Kas. This small, seaside town was where we spent the majority of our week. The highlight of our trip was a boat ride around the various sites of Kas. We visited a small village only accessible by boat, swam over an ancient, sunken city, and explored the ruins of Roman town. For the last few days of free travel, we took a bus back to Antalya and stayed in the old city, Kaleici. There, we did a lot of walking, shopping, and eating yummy food. I personally loved all of the free roaming cats and dogs that are both loved and cared for the people of Turkey.

Below are some of the highlights from the rest of the groups:

Our group devoted time to Israel and a couple of her choice cities: Netanya and Tel Aviv. Both being costal, we were able to take many relaxing walks on the beach and experience life by the sea. In each city, we all took time to chill, cook, watch movies, shop, and explore. There were some interesting moments, especially noting the city scene during Shabbat (everything was closed except for the bars, and they were jam packed!) and hearing the sirens, explosions, and loud speakers in Tel Aviv during the rocket mishap. All in all, our group would agree that the week consisted of well needed rest and appreciation for some of Israel’s cities.

Myself, Nealon, and Tor ended up traveling to Istanbul for our independent travel, staying there for the full week at a little Airbnb apartment about ten minutes’ walk from Taksim Square. Over the course of the week, we ended up traveling throughout a lot of Istanbul and visiting its many historical attractions – the Hagia Sophia, Blue Mosque, Topkapi Palace, the Grand Bazaar, the Turkish and Muslim Arts Museum, and more. Istanbul has a quite deep and rich history that we got to appreciate a bit during our time there, thanks to its position as a major city in the Roman, Byzantine, and Ottoman empires (under the names of Byzantium and Constantinople previously).

On the final day we met with a Turkish friend of Tor’s dad who showed us some of the classic Ottoman mosques that are not well known enough to be considered tourist attractions. His deep knowledge of Istanbul and Turkish culture in general gave us more insight into modern day life in Istanbul, something that visiting historic sites fails to reveal.Besides the history and culture, we also got to enjoy a lot of local cuisine – kebabs, Ottoman food, burgers, and tea, among other things. Nealon’s father also joined us for part of the trip. He was able to give us the perspective of a more experienced traveler and helped us to organize our days better than when we were by ourselves; as well as appreciate our time there more fully as he is 73 and was not able to make the trip until now.

During our time here, we got to get around town a lot using the metro system here – once you get used to it, it’s quite cheap, and will take you to pretty much all of the major sites. We also saw at least a few hundred different cats during the week there; it seems that Istanbul takes care of its cats, with many food and water bowls out and about in small nooks for the various felines if you look for them. All in all, it was an excellent experience and an enjoyable window into Turkish life.

Some of our highlights: (Allison) In Prague we stayed at Art Hole Hostel for two of our nights. As interestingly beautiful as the sites in Prague were, I probably could’ve spent most of my time there. The hostel employees and guests alike were inviting, hospitable, and very willing to have a conversation. In Vienna we got to experience an opera soloist in the state opera house. Even though I (Jessie) don’t really care for opera that much, it was an incredible experience. The energy in the crowd and the passion of the soloist gave me a whole new appreciation of this form of art. In Turkey we bathed with the locals in the famous Turkish Baths. I (Isaac) went alone because they were gender segregated. It provided a sauna, a shower, a bath, awkward conversation, and a unique perspective of the Turkish middle aged man.

My group (Collin, Lauren, Silas, Karissa and I) spent our time on the southern coast of Turkey. We flew into Antalya, making a 5 hour drive along the scenic coastal route towards Fethiye. On our way, we stopped in to visit Linford (and his boat), which was definitely a highlight from our trip. The week was a nice mix of slowing down and relaxing as well as getting out and exploring. Some of our other highlights consisted of visiting 2 different beaches, driving to Pamukkale (thermal pools located by an ancient Roman city), getting Turkish baths (THAT was an experience), and renting out a speedboat on the Mediterranean. Now we definitely have some stories to tell about them—those are for another time, though. All in all, Turkey is gorgeous. If you enjoy seeing the sea, lush green valleys and snow-capped mountains at the same time, Turkey is the place to be!

This week, Isaac Alderfer, Luke, and I hiked a section of the Lycian Way in southern Turkey, from Fethiye to Kaş. We loved the diversity of terrain the trail took us through, from beaches along the Mediterranean to mountains with a bit of snow still left on them. Another highlight was walking, eating, and sometimes staying in small towns that showed us a less-accessible side of the country. Although we had a couple of rainy days and some trouble finding lodging in the off-season, we took advantage of the generosity of strangers (hitchhiked) a bit to make it to our destination on time. We ended with two relaxing days in Kaş and Antalya, including swimming, sunsets, and Turkish delight.

For Skylar and I, our week of spring break was spent touring around the cities of Europe. We were able to visit Budapest for two days, Prague for three and Vienna for two, stopping in Cyprus for a few hours as part of our layover back to Tel Aviv, Israel. In each place we walked and rode public transportation to see the different famous sites: the Schoenbrunn Palace and Vienna State Opera in Austria, Buda Castle and baths in Budapest, and Prague’s many museums and churches. Each place had something different to offer in their cities while at the same time were all very similar in feeling and architecture. Over the course of the week our emotions and physical states ranged high and low but resulted in experiences and memories that will last a lifetime.