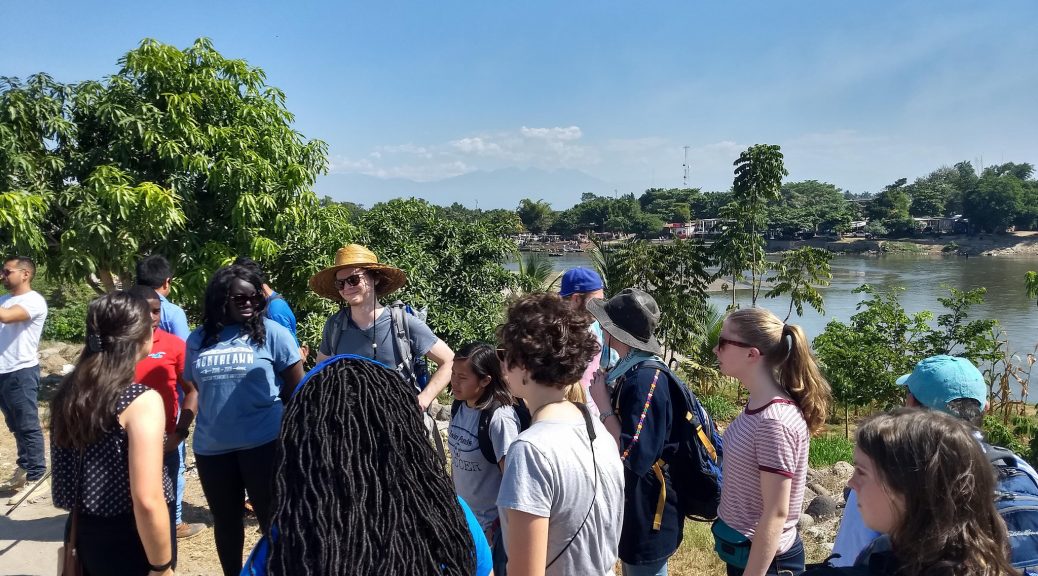 From our first week in Xela, Guatemala and Tapachula, Mexico where we learned about migration throughout Central America into Mexico.

Response to the Border

From the moment we all walked up the steps that over looked the border, I was rendered speechless. I saw sand and graffiti on the buildings and walls and my interest was piqued. As we walked along the wide path into the local community, I noticed people staring at our small group of diverse students. Some of the people in the local community blatantly walked up to members of our group and asked for things such as money or the technology that we had on us, and from that moment forward I had my guard up. As we walked further into the community, I kept noticing the locals checking us and I wondered what ran through their heads and what their impressions of us “Americans” were.

Another thing I noticed was our tour guide (journalist from Mexico who covers the border) checking his surroundings and checking on his camera and personal items. I wondered what it must be like for him, showing us foreigners around the border as people were crossing along the river. I noticed people within our own group getting antsy and wanting to leave. Being there at the border made me think about the hundreds of people that have crossed it or tried to cross it, and in that moment I felt sad for the people who have no choice but to leave their homes and country. I feel anger at the fact that people have to live like this and at the governments/countries at fault.

One of the last things I remember from the border is seeing a woman crossing the river that borders Mexico and Guatemala. It made me think of the stories my mother told me of her time growing up in South Sudan, walking miles along dirt roads with a bucket of water on her head. I thought how different my life could have been. As we parted ways with the journalist I thanked him for being vulnerable enough to show us the border and to be seen with us, regardless of what it might look like to the locals and what their thoughts of him were. His response to me was he feels like “it is his job to show people around the world what is going on in his country, in hope of spreading the word so that people who need it can get help.”

Today we visited the border, near the city of Tapachula. Last night when we crossed into Mexico, it was dark, so we couldn’t actually see anything other than the official border crossing.

In the daylight, the stark contrast between the official, legal crossing and the unofficial crossing became much more apparent. At the official crossing, all our bags were checked twice, once for fruits and once for guns. We had to fill out cards with personal information, and we would be fined upon exit if we didn’t have a part of them (the cards). We had to wait in line for 30 minutes to get a stamp in our passports. At an unofficial crossing, it is possible to wade across the river in 15 minutes, or pay a raft 10 Quetzales for a trip across. Even more striking, however was the approximately equal police presence at the legal and the illegal police crossing. The police officer checking my bag for guns could have been strolling down the beach the next day, watching thousands of dollars of goods and hundreds of people cross the river. 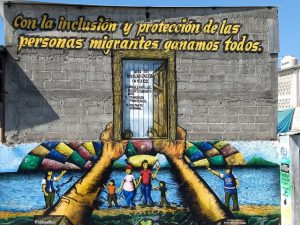 It is certainly frustrating watching the governments’ indifference. We were searched twice waited more than an hour total, when we could have crossed the river on a raft like thousands of other people who don’t have the privilege of a powerful passport. To be clear, I’m not complaining about the small inconvenience my group experienced, but rather the arbitrariness of the border and how it is used to stratify people into those with enough money, power, or the right birthplace, and those who have none of those. And the authorities couldn’t care less? 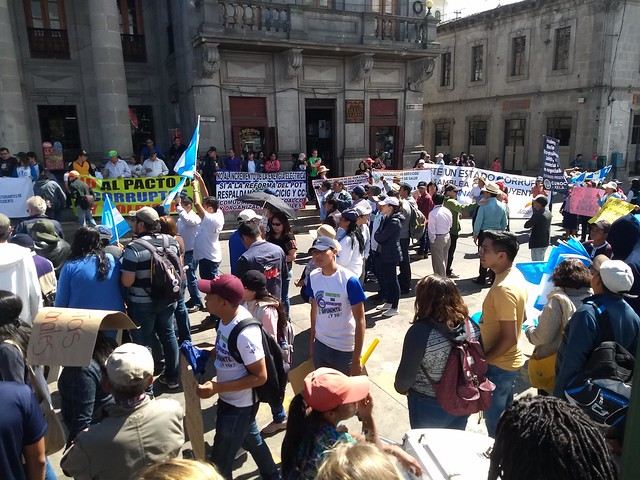