It’s been a whirlwind of excitement since we’ve arrived in Lithuania. From getting to know the other students who are studying with us, to figuring out how to navigate around the city of Klaipeda, our journey so far has been amazing. We have class each morning for 3 hours, and then are free to explore Klaipeda, edit photos, or just relax. We’ve just returned from our week long trip to the 3 capital cities of Lithuania, Latvia, and Estonia. The past week was tiring, but also filled with so much learning and beautiful views. A few experiences that struck me in particular were focused around the Holocaust and the history of the Soviet regime. Our first experience was visiting IX fort, which is where Lithuanian Jews were killed during Nazi occupation. Visiting this site and realizing it was exactly where so many people were killed was surreal. This fort was used as a place for mass murder and then later on as a place to house political prisoners who were on their way to the gulags of Siberia. The emotions we all felt during this tour are hard to describe. It was certainly something we’ll all remember because it had a deep impact on us as individuals. A few days later we then visited a memorial site where 70,000 Lithuanians had been murdered by the Nazi Security Police. Being at this site was also heartbreaking. As we walked around though it was hard to know how to feel because the sun was shining and it was in the middle of a beautiful wooded area. The police used this location in order to be able to disguise what they were doing. Along the way we also visited a few museums that provided personal stories, facts, and pictures about the impact of the Soviet regime and the Holocaust.

Though it’s difficult to visit sites like this, I feel that it’s also so important. It forces me to take a step back from my own life and consider what these people went through and the tragedy they faced. Learning about this history in our class was intriguing, but nothing can compare to standing in the exact spot where so many people’s lives were changed forever. That is something I won’t ever forget. 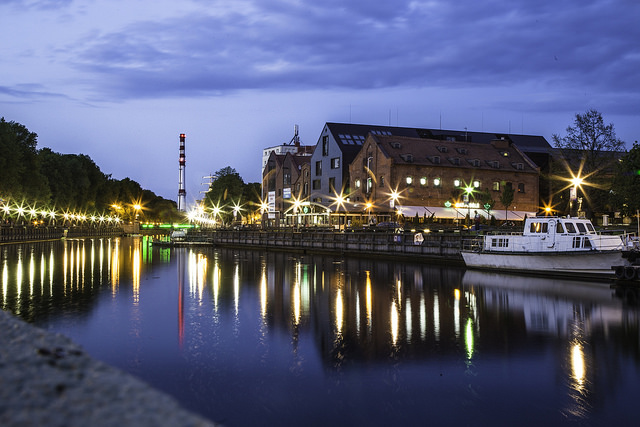