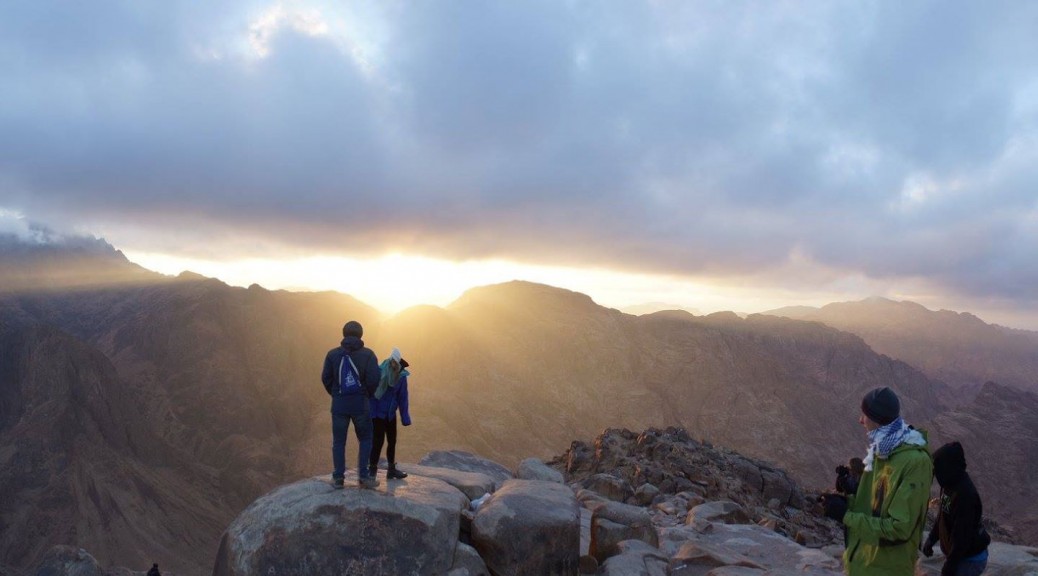 My curiosity about the Sinai began when Linford announced we would be hiking and camping with a tribal group of people called the Bedouins. My interest, in the Sinai, turned to excitement when David Landis, a guest speaker during orientation, described the Sinai in two powerful words: rugged beauty. The Sinai is very different from any sort of wilderness in the United States. In the valleys the elevation is roughly 5,000 feet. It’s a place filled with rocks, mountains, rocks, a few trees or shrubs, and mountains. I have yet to encounter a place like the Sinai. It is dry like the Southwest of the United States. Its elevation is like the Rockies. It’s secluded as Minnesota. Put that all together and you are left with a place of beauty, unforgiving weather conditions, and peace.

Now that I have painted a picture of the Sinai I want to explain the highlights of the Sinai. We began our time by visiting St. Catherine’s monastery. This monastery is the oldest monastery ever. Its history began in the third century AD. One of its most famous visitors is Muhammad Ali. In the afternoon, after visiting St. Catherine’s Monastery, we climbed Mount Sinai. Mount Sinai isn’t an easy climb. Its peak elevation is over 7,000 feet. The climb was made more difficult by cold winds, 750 stairs, and a 2,000 foot climb in elevation. This was my highlight of our time spent in the Sinai. The view was breathtaking. Mount Sinai allows a person to see the grandeur of the Sinai. Every direction you turn all you see are mountains.

The most interesting part of the view was the church and mosque right beside each other on the peak of Mount Sinai. Since the story of Moses is a story told by Islam and Christianity, each religion wants to claim Mount Sinai as a holy place, which plays into the importance of land and religion in the Middle East. In the Middle East the people feel a connection to the land. Part of this connection to the land comes from the stories taking place so close to home. Which becomes difficult when three different religions share common stories that connect to the land. One of my favorite quotes, regarding the multiple conflicts in the Middle East, is: “These problems have roots. We need to understand the roots.”  Before we can judge the Middle East or even try to help we need to understand the conflict and the people.