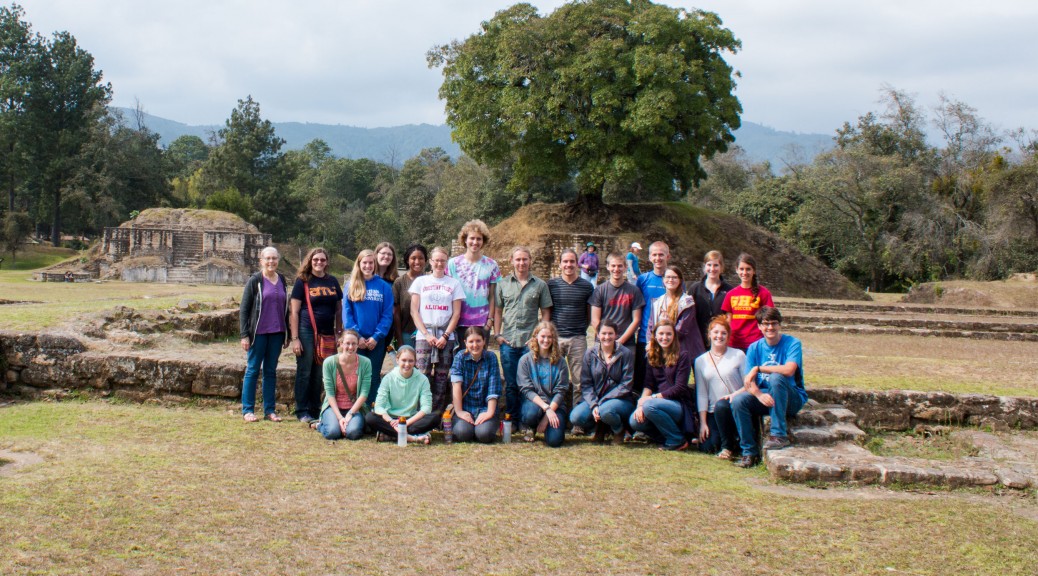 This past weekend, we headed to Chichicastenango. Chichi is much smaller than Guatemala City, and I think we all really appreciated getting out of the city. On our way to Chichi, we stopped at Iximche which is one of the Mayan ruin sites in Guatemala. We had a tour of the 5 Plazas and learned some interesting facts about the Mayans. We learned that they never walked straight up stairs, but went sideways so that they never turned their back to the sun or the moon as a sign of their respect and thankfulness.

After this we continued on to Chichi. The geography of Guatemala is crazy because towns are built on top of mountains and to get from one to another you must go directly down the mountain and straight up the other. On our school bus, this was quite the adventure, but we luckily survived and may have even enjoyed the adrenaline rush a little. We arrived in Chichicastenango and Hotel Giron, and then set out to explore the beautiful town. The streets were filled with color and life, but they were nothing compared to the beauty of the people. Chichicastenango is a town filled with many Mayans who dress in beautiful clothes with amazing colors. We had the evening free after dinner and people used it to explore more of the town and shop.

On Saturday morning we traveled out to a small, small community to hear from a widow and survivor of La Violencia. [This is how Guatemalans often refer to the Guatemalan civil war years from 1960 -96.] She had us into her home and shared about the murder of her husband and how she was forced to leave her town and flee with her two children to Guatemala City. We had previously read about testimonies like this, but there was something about hearing it directly from the source that just displayed so beautifully the strength and resilience of these widows. One section of her testimony that really stuck out was how after she returned to her town, the men who had killed her husband were still around. She would often see them walking around the community. She said the hate and anger made her physically sick and she asked God to take that from her so that she could live. Wow! This was incredibly impactful to hear. The widows made us lunch and we had the opportunity to purchase some of their handmade clothes, blankets, headbands and more.

After our time with the widows, we returned to Chichicastenango and hiked up a mountain where some traditional Mayan worship/ceremonies were held. It was a beautiful view and cool to see one of these types of worship displayed. We had another free afternoon and evening where we did dinner on our own. We didn’t venture too far, and all showed up at the same steak house in three different groups. Majority of us got cheeseburgers and French fries; how North American of us!

We attended a small portion of mass on Sunday morning before venturing around the streets that had turned into a huge market. We spent some more time shopping before heading back to Guatemala City.

Overall, it was a really great weekend. Very refreshing to get out of the city for a little and speak some English! We are back in the city now, having daily Spanish classes and afternoons full of learning more about the history and culture, and relaxing.

Thanks for reading and for your continued thoughts and prayers! 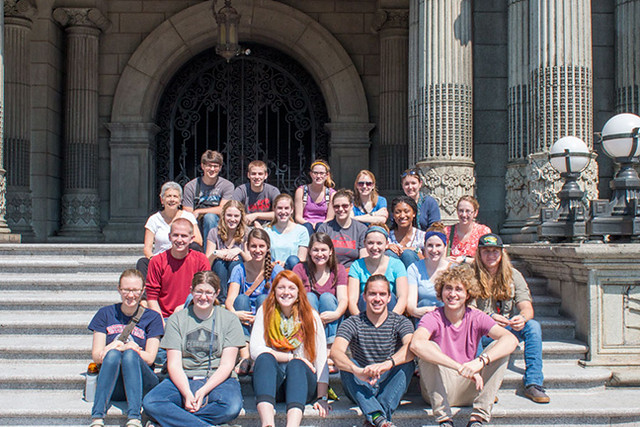