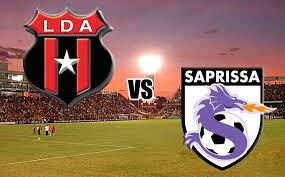 From La Fortuna, we made our way to San José, Costa Rica. The Studio Hotel where we stayed was beautiful, with a roof-top pool. The first thing we did was get cleated up and play a 5v5 tournament where the winner stays on the field. From there we had a relaxing night to ourselves where most people went to bed early, watching TV. The next morning we made our way towards a park to play soccer and go to a nearby festival. The festival was promoting being active daily. There were items such as rollerblading, skateboarding, boxing, Zumba, and much more occurring on the streets. We all went back to the hotel for a break before the exciting semifinal game for the Division 1 league of Costa Rica. It was a rowdy game with an intense atmosphere, much different than any American sporting event. Since we have a diverse group from several sports, we conducted an interview  to know people’s reactions to the game.

Question: What was your first reaction as soon as the game started? Did this experience make you want to attend another professional soccer game?

Austin:  The atmosphere was crazy in the stadium and it was clear to see how passionate the fans were about their team.  The atmosphere itself made me a Liga fan, even if only just for the moment.  I don’t think any game in the US could compare to the way the crowd’s chants echoed through the stadium, but if I were to visit another country where futból is popular then I would definitely consider going to another game.

Niki: Before the game the fans were talking to the opposing team’s players, calling them every name possible which told me that it was going to be an intense atmosphere. As the game got started that intensity just picked up. There was one section that was on their feet the entire game, they never sat down. I could tell that this was going to be a fun game and it was. You could also tell that the fans are very passionate about the sport. I have been to other professional games in the US but nothing like that atmosphere. Even a Yankees vs Red Sox game couldn’t compare. I would definitely attend another game. It was so fun and upbeat, I just wish I could understand some of the chants and songs.  I would like to go to a soccer game in the US and see how the atmosphere compares.

Elisa: That experience was unreal, it’s something I believe everyone should do at least once in their life. You won’t find anything like that in the US. The fans have crazy chants, names for everyone, and comments for everything (if only I could understand half of them). The best part was getting to witness 2 goals being scored for the team that 99% of the crowd was cheering for. I would love to attend another game with that type of atmosphere! Hopefully I will get another chance sometime.