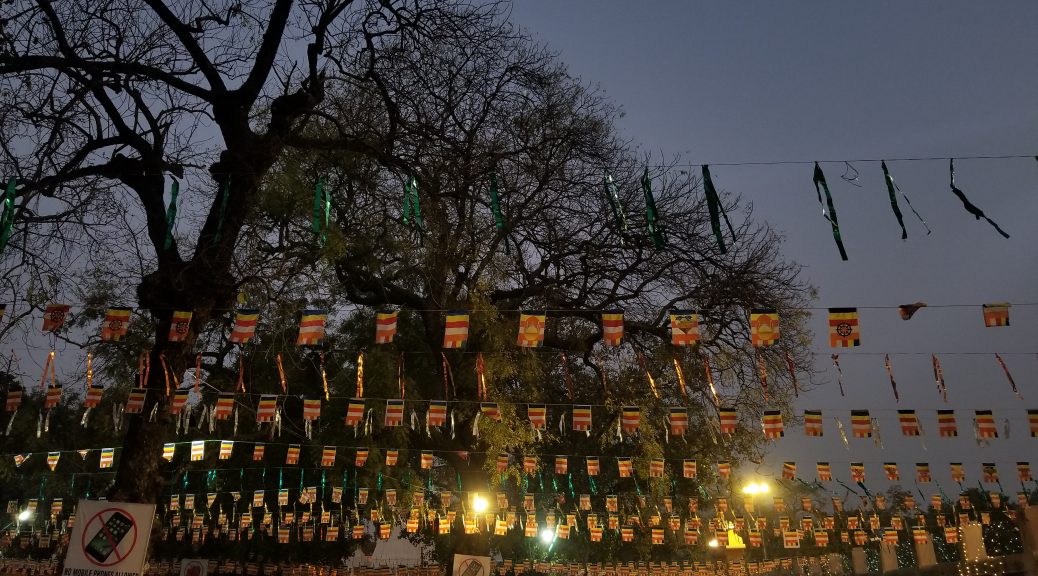 With our words we sew a suit for it

but it always bursts the seams

no regard for blush or shame, it seems

All things meant to awaken or inspire

a newfound belief in a power, higher

But just as with every story or sword

there’s a second side, one not as heard:

the labor behind every mug poured

or the hours spent on a title word.

In this, religion cannot be ignored ––

it has its own unheard, where meanings are blurred and emotions stirred

a lesson we learned when a Sikh’s wrath we incurred.

Hot, heavy, and sudden – like a cloud, it came,

before you could blink, no time to think

covering all with a bittersweet stink

marked by traces of jaggery and shame.

We broke a rule never spelled out in ink,

but that doesn’t excuse us from taking the blame.

He shoves me aside – this monk is intent,

nothing will dent his spiritual ascent,

too bent on finding enlightenment

to see the ones for whom the light was meant

And while the tourists on vacation –

just a few with constipation – sit to watch the celebration

the priests with adulation all recite their incantations

the souls of their relations now released to incarnation

This enunciation is how the Hindus praise creation

But now their holy river sits in putrid desecration

The people choke the river and the water chokes the people

Bathe in it, it’s sacred, but drink of it, it’s evil

a river drowned in trash, the matter mostly fecal

and how about the dumping? Oh, that still happens – it’s legal

The human and the natural in embrace, locked and lethal

A deadly combination for the river and the people –

A mutual expiration by ash asphyxiation

Now trace the Gunga from this Varanasi ghat,

Away from the bodies beginning to rot

Down to Kolkata, where it’s humid and hot

and the water runs free in the streets a whole lot

But drinkable? No, definitely not –

or upriver now, to our whitewater spot,

heedless of the noise and the trash that they brought.

Big changes – by whom, and for whom, are they wrought?

Just a little food for some thought.

and traffic at a crawl,

How can we have the gall

to say this is progress?

We’re the last link in this long chain reaction,

a nuclear bomb that the Brits set in action,

a centuries-long ploy for power

that culminates here, now, in this hour –

with a fifty-rupee cash transaction.

but I feel like I’ve been played – “It’s handmade?”

“Smiling is universal,” they say,

but in this instance, as I pay,

it only colors our relationship gray,

a gray tinged with green

as the factor of cash seen

turns the space in between

from potential pal to money machine

The great prophet of capitalism, the invisible hand

the proselytes of progress, the Tata name brand,

and a government eager to give business a hand –

just as its religious forebears made their own stand.

What is sacred? What is profane?

Elephant rides or the truth of a train?

The rites of a ritual or the rights of the people?

Or are they the same?

and so I ask you again,

as mantras and dogmas begin now to blend

but in India the Gunga still flows to its end –

What is sacred? …it depends.