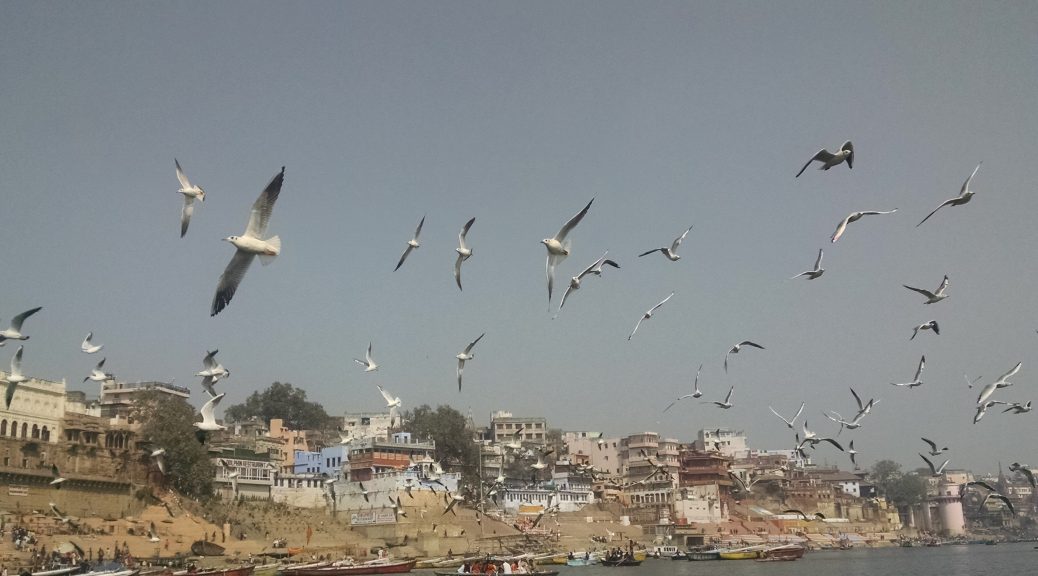 We were told that Kolkata was an 18 hour train ride from New Delhi. The train ended up being 5 hours late and taking 30 hours to reach our destination. One of the “four rules of India” is “anytime after sometime,” and we were truly experiencing this rule!

I cannot, however, say this experience was negative. We had the opportunity to meet and get to know some truly interesting people. They were asking about what we were doing here, and they were quick to share their knowledge about their country and Kolkata. I learned that Kolkata is called the “City of Joy.” This was interesting to hear because Kolkata is known for pollution and poverty worse than New Delhi. 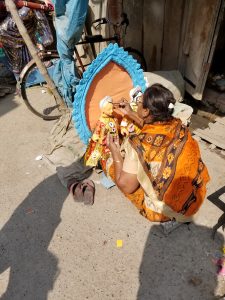 The name, “City of Joy,” did not disappoint me. The locals were all incredibly nice, many asking “Hi. How are you?” as we walked by. Some of the streets even had music playing from large speakers! This, along with wonderfully detailed and colorful architecture, captivated me.

None of those parts were the most impactful, however. It was the smiling faces of those from harder circumstances. They were obviously in need, but you could never tell by their faces. This was a huge reminder that money and possessions should not be my source of joy. Relationships are more important, and this entire trip has been pushing me to reevaluate priorities and “needs.”

-Hannah Walker
Visit to Varanasi
I enjoyed…
-observing the rituals associated with funerals. Fires could be found along the Ganga, where the dead were being cremated.
-learning about the rich history of Varanasi along the bank of the Ganga.
-feeding the birds on the boat during the smog-obscured sunrise. I must admit that we ate some of the bird food.
-trying on saris and looking stylish for the first time on the trip.
-witnessing the national holiday, Republic Day of India. Everyone was cheering, singing, and running through the temple that we were trying to learn about.
-discovering more about the life of Buddha through large murals in a temple dedicated to him. 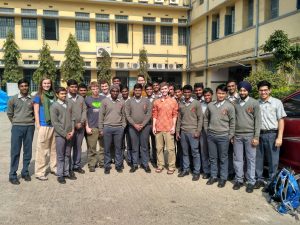 -visiting the Banaras Hindu University, which is known as one of the greatest learning centers in India. It played an important role in the Indian independence movement.
-walking through the streets of Varanasi and interacting with the people who live there.
-Maia Garber
Fun Times in Bodhgaya – a haiku
I got really sick
I threw up so many times
Nine to be exact
-Andrew Peltier