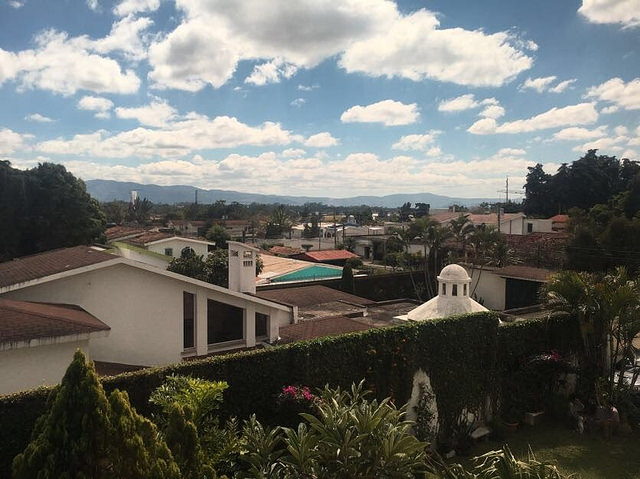 ✓ -Watch a volcanic eruption from our classroom window

-Hike a volcano and roast marshmallows at the top (this coming weekend!)

-Take a moto (motorcycle) ride around the city

✓ -Barter down prices at the central market

-Have a conversation with a stranger in Spanish

✓ -Visit “the most beautiful lake in the world,” (Atitlán)

-Climb the palaces and temples of Tikal

-Ride a chicken bus to Antigua

✓ – Squish a lot of people into a small amount of space, transportation-wise

I find simple pleasure in coming home after school around 5 or 5:30 and sitting down in the living room with my host mom and abuelita, talking about anything from weather to shoes to food to family to the traffic, the depth and subject matter expanding the more Spanish I learn. But along with those times of contentment come frustrations of living in a family with a different religion (Neo-Pentecostal megachurch attendees), different customs (watching sermons on tv (see “religion”) while eating dinner), different ideas of health (don’t sleep with your hair wet or walk barefoot on the tile – you’ll get a cold), and many, many communication difficulties. 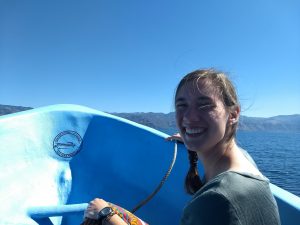 Just two days ago, I came home from school and wanted to go on a run. We had talked about it the day before, and I reminded my family, thinking I was conveying it well, before I went upstairs to change. When I came back down, both my host mom and abuelita were ready, too. Apparently they were coming, too, and were excited to join me on my “run,” which was now a walk to and from the park down the street. I was disappointed, wanting some time to myself and to get some real exercise after eating mostly processed foods the past week. However, walking through the neighborhood close to dusk, many families were out, strolling to the little tienda nearby to get a staple for dinner, passing each other with friendly waves – there was this small town feel nestled in the midst of a sprawling city, and I didn’t realize how much I had missed greeting acquaintances with pleasantries, like on EMU’s campus.

I live in a colonia, or a gated neighborhood, and while I knew I should appreciate the safety measures surrounding me, I felt caged most of the time. I realize, without the walls and gates, I wouldn’t have experienced that small community feeling of Monday night, but overall, we are still surrounded by imposing “safeness.” Stores are guarded by men with guns and rifles. CASAS is surrounded by walls. Most houses, mine included, are surrounded by walls, within the larger wall of the community. “Con cuidado,” is my host mom’s parting words to me every day when I leave for school. I experience the cognitive dissonance of living in Guatemala City with the knowledge and many warnings from my host families that the city can be very dangerous, while experiencing nothing more harmful than wolf whistles from passing motos. I count our group blessed that we haven’t encountered worse, and maybe it’s because we are white people from the US. Maybe I don’t find it dangerous because I am not the main target population for gangs, and we’ve been wisely kept from the “red zones” of the city, but when I read an article last week that claimed Guatemala City to be “one of the most dangerous cities in the world,” I wondered if that was true, and if so, dangerous for whom?

I have always lived near cities, in towns and suburbs with large populations, but they did very little to prepare me for Guatemala City. Every day, a bombardment of the senses accompanies the walk to the microbus – the smells of baking bread from panaderias, diesel, trees and flowers, masses of people, and the sounds of whistles, honking, engines revving, fireworks, dogs barking, roosters crowing, “singing” (screaming) birds, and again, masses of people. Traffic causes most of my sensory overload: the number of cars on the road, the poor conditions of some roads, the traffic laws (and lack thereof), and both extremes of speed – way too fast when there’s a free 100 meters of space in front of the car and not moving at all during rush hour(s) – it’s all a bit overwhelming. The idea of driving a car here puts me into a cold sweat. However, I haven’t seen a single accident, yet, so it must work for them.

Those are just some of my thought processes of the last few weeks here. It’s lovely. I’m happy and sometimes homesick. See you in 2.5 months, US! 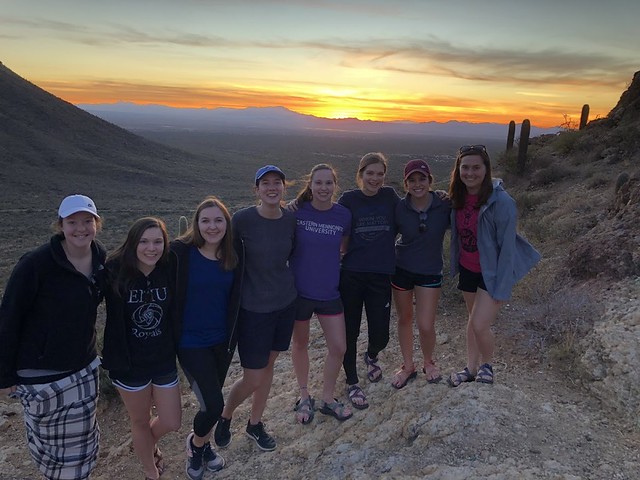