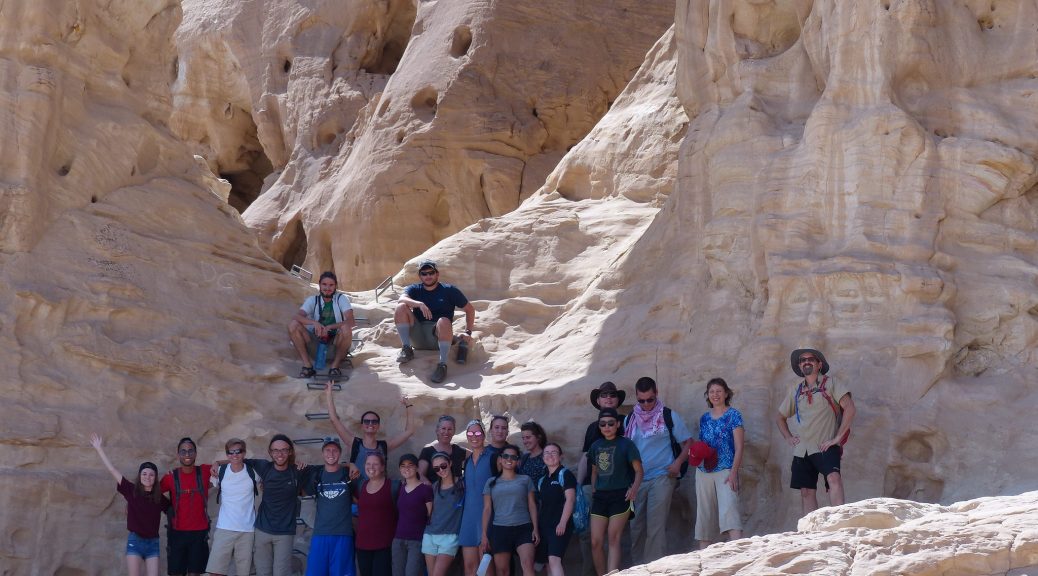 Throughout our time at Kibbutz K’tura the group has listened to several lectures and participated in a variety of Kibbutz activities. Perhaps the most memorable for me was the visit to K’tura’s “Off the Grid” village. As an initiative stemming from the strong emphasis on environmentalism and research, Kibbutz K’tura has created a village to simulate various possible “off the grid” devices.

We began the session discussing the three stipulations that categorize any location as “off the grid”: No connection to state-provided water, sewage, and electricity. Of course these three resources are essential to a healthy life and instead of focusing on living without water, sewage and electricity, the village provides innovative ways to provide the three conditions through inexpensive, renewable energy sources that do not need to be connected to any national system. We began in the village garden which receives water from a well attached to a portable solar panel pump sending water up to a retention basin (giant bucket) three feet off the ground. The portable solar panel pump was designed by Engineers Without Borders to ensure mobility and efficiency at a low cost. The garden uses a low-pressure drip system to trickle water out slowly but constantly.

In order to truly be considered “off the grid”, the village would need to be equipped with composting toilets to eliminate any sort of sewage system. Unfortunately, K’tura’s village does not have any restroom accommodations, however, they currently have a solar-powered water filtration system to ensure the recycling of water for continued use. Our guide pointed out what looked like a satellite dish pointing up towards the sky. Water is pumped into this dish and pushed through filter pipes that are heated from the sun. The process distills the water so purely that the water actually needs to be re-salinated and mineralized before being used on crops or it will actually pull salt from the ground and ruin the crops. Unfortunately, because of where the Arava desert sits on the sun-radiation scale, this water purification system can only be used during the winter months because the dish gets so hot that it would melt the metal pipes that carry the water through the purification process. However, in most other parts of the world (where it isn’t 114° Fahrenheit in the summer) the system would be able to work year round.

Next we toured three different “huts” built to represent varying climate conditions and needs around the world. We began in a wooden structure fitted with one solar panel to provide electricity for light, phone/computer power, and a fan. The most interesting feature was a solar oven. In several pictures you can see what looks like black lights but instead are double walled glass tubes with vacuum space in between and a tube of black aluminum in the center. The sun comes in as light and goes through the first layer of glass, the vacuum, the second layer of glass and then gets turned into heat when it reaches the black aluminum. The heat, which cannot travel through vacuum space, remains on the inside of the glass and creates a miniature oven inside the tube. Although it is small and would require lots of time to cook a complete meal, the ingenuity is incredible. The oven can heat to 300° C in full sun, and was deemed fully functional by EMU students after testing its power by baking coconut cookies (see photos).

There were two other notable gadgets; the first were sky lights made from filled water bottles inserted into the roof. Second, a compost bin used water and organic materials to create methane. Patented under the name “HomeBioGas”, this system is noteworthy because it can be taken to any place where people will have organic waste, and the methane can be used as a free source of cooking gas. Places struck by a natural disaster or facing large quantities of refugees could benefit immensely from having essentially free cooking gas that does not necessitate continual use of wood or coal or other polluting burnables. It was refreshing and inspiring to spend some time exploring the gadgets that are being created in response to our unstable resource bank and surroundings that bend to nature. After three days discussing environmental degradation and resource depletion, it was fun and comforting to eat cookies baked by the sun while brainstorming ways that we as humans can adjust our habits to use less while still enjoying life and community. It has been challenging on this trip to not grow weary from negativity and burgeoning awareness of the complicated issues that face the Middle East and the world. Day after day of peacebuilding lectures can be overwhelming, however, visiting the off-grid village put my heart at ease knowing that there is still good in the world. It was a reminder that every step I take as an individual makes an impact, and perhaps with continued awareness, the efforts of another individual will become the efforts of many and the results will be evidenced through a lesser need of violence and conflict in our world.

It was over 100 degrees at 5pm when we began our hike up the rocky Kasui Mountains. If it weren’t for water/sweat evaporating so quickly, we would have been drenched before we reached the top. After the 15-20 minute hike to the top, we were greeted by shade, breathtaking views and very soft sand. We received a short explanation of the mountains, the sand and “spirituality in the desert” from Sara Cohen of Kibburz K’tura. She gave us time to run, roll, jump, etc. in the sand, up and down the dune. After our “play”, she requested that we go to a nearby spot, away from another member in our group, and sit in silence, listening to the sounds of the desert and thinking about why it has called so many prophets. Then we wrote down our thoughts and feelings of those moments.

Being from the tropics (Florida) I’d never experienced an extreme desert environment, much less “spirituality in the desert”. As I chose my spot at the top of the mountain I couldn’t help but notice God in every bit of the land and sky — the beautiful pallet of colors as the sun set, the change in color of the mountains, the howl of the wind as it made sand waves on the dunes (and covered us and our belongings in sand), the shapes of my friends as they took it all in too. And most important, the serenity in the midst of it all.

When we finished, we gathered under the stars for a dinner of freshly baked pita bread, hummus, veggies, and falafel. When our bellies were full we split into two smaller groups and shared our experiences. Some wrote poems about the landscape, others talked about their thoughts, some reflected on their past and families, and a few discussed their time with God.

I think we would all agree that this time in the desert has been one of the highlights of our trip so far, and something we won’t forget for a long time to come. Regardless of where each of us are on our spiritual journey, there surely is something to be said about the desert and what comes from it.

A Desert Heartbeat  –  A poem by Andy King

The constant roar of wind drowns out all but the silence

Sunlight dances through shades of crimson and violet, giving a final bow to the stars above

Brave beetles wander through an endless ocean of erosion

We will pack the experiences from Kibbutz K’tura and carry all that we learned here about Zionism, Judaism and the environment. Next, our travels continue four hours north to Bethlehem, Palestine. Inshallah, we will not forget our Hebrew as we switch our studies to Arabic! Our group will be divided to live with ten different Palestinian-Arab Christian and Muslim families throughout the city. Onward in the Holy Land! Expect to hear from us relatively soon. Shalom. Salaam. 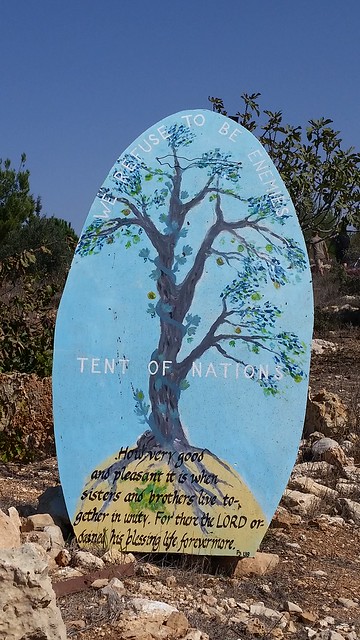