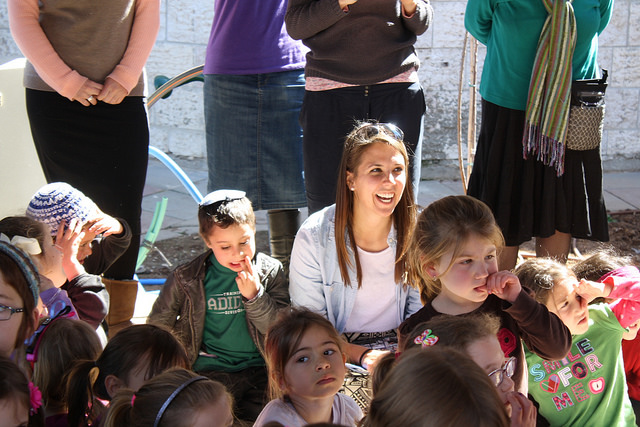 It’s been a busy couple of weeks over here in Israel. Throughout our three weeks in Beit Sahour we took Arabic classes, which helped us to interact with our host families and people on the street in a new way. We were no longer just tourists. When we would try out the new words we learned people would break into a surprised smile and respond in Arabic. We were reminded that we are still “in school” when we had to take our Arabic test, but I think overall we did pretty well for only having seven sessions.

It was difficult to say goodbye to Beit Sahour. After three weeks we had become comfortable with the small town atmosphere and it had started to feel like home after having moved around so much in Egypt and Jordan. We got to know our host families well, and it’s always hard to say goodbye to people who have so quickly become friends and family.

We spent a night in Jerusalem before going to the settlement–Efrat–as a way to prepare and take a breath from being so busy. As we walked through the city streets the differences were startling. In just 8 miles we experienced two very different cultures and lifestyles.

While it was good to be in Jerusalem for a night as a buffer, there is only so much preparation you can do for our upcoming culture shock. We needed to just jump right in. And we did. We only had three days in the settlement of Efrat so we kept our ears open in an attempt to learn as much as we could. We had a tour of the settlement and had the opportunity to hear from multiple esteemed people in the community. This was a challenging experience for all of us, as it forced us to take on multiple perspectives. I think the best part for all of us was the conversations we had with our host families. Personally, I found my host family to be very open and willing to answer any questions I had about Judaism and the Israeli/Palestinian conflict. Also I think we all really appreciated the conversations that we were able to have with some of the young people one evening after watching a short film about checkpoints.

We are all taking in so much and trying to process everything which is close to an impossible task, but for now I’m satisfied to follow the advice I received from my host dad: constantly keep your eyes open to observe and your ears open to hear, if you get more confused you are on the right track. There are no simple answers to this conflict, and although we’ve experienced so much we are not experts and will not be able to solve the problem. This humbling realization is what we carry with us throughout the rest of our adventures.