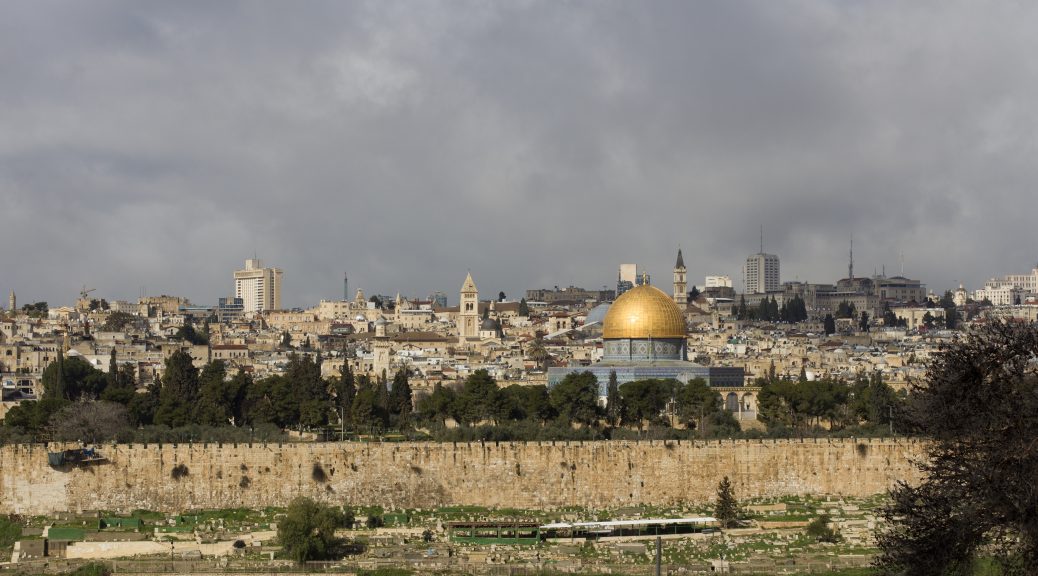 This week has found us transitioning to Jerusalem, our next port of call on this journey. Here, we’re staying and working with Jerusalem University College, where we’re focusing more on Biblical geography in and around the Promised Land, right here where we are.

Jerusalem itself is only a few miles from Beit Sahour, about a half hour drive in our bus, but the two cities are very different in some ways. One prominent difference being that water is much more easily accessible here for citizens of Israel and Jerusalem, as observed by the distinct lack of water tanks on the rooftops here. Aside from that, the whole atmosphere of the city is different in a way that’s hard to describe – little things like having lanes on the road and stoplights as well as crosswalks, more variety in architecture, the mood of the people around here, and much more.

Jerusalem University College is located just outside the southwestern corner of the Old City here, with easy access to the Zion Gate on the southern wall and the Jaffa gate on the western wall. We’ve had the opportunity to go explore the Old City both on 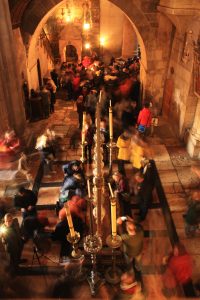 our own and as part of the many field studies that we go out on every day as part of our academic program here. The Old City’s four quarters – Christian, Muslim, Jewish, and Armenian – are all filled with various holy sites (like Temple Mount and the Dome of the Rock atop it, the Western Wall, the Church of the Holy Sepulchre, and the Cenacle where tradition says the Last Supper was held, to name a few) as well as a diverse myriad of people and shops throughout. There are few other places with this level of historical density, which certainly makes it a new adventure to explore every time we visit it.

Besides the Old City, our teacher Kaitlyn has also been busy both teaching us in the classroom about the Biblical landscapes around and outside of Jerusalem – regions such as Benjamin, Shephelah, Philistia, Judah, the Negev, and the Galilee, and their many geographical features. We’ve been inundated with information ranging from major roads, cities, the type of rocks and terrain; the empires and peoples, large and small, using the region as their playing boards over the ages; which Biblical stories have happened where, and how specific geographical contexts can explain far more aspects of those stories than we would have considered otherwise, and much more.

JUC’s program also has a strong focus on field study, meaning while we do spend hours in the classroom, we spend far more outside of it. Our trekking is mainly via bus, with many stops to experience places for ourselves as well as listening to Kaitlyn discuss the various places and their historical and geographical significance. More than a few bad puns have been had by both sides, and we’ve plied her with countless questions as we explore the area to actually experience the Biblical land for ourselves. 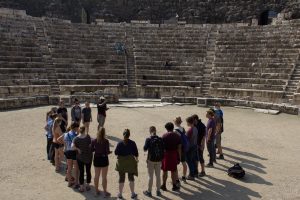 Some of the places we’ve been to include places around Jerusalem like the City of David (where we had a lengthy walk through Hezekiah’s Tunnel, an underground water channel terminating in the Pool of Siloam, the place where Jesus healed a blind man in John 9), Mount Scopus, the Mount of Olives, and the Old City as mentioned previously. Outside Jerusalem, we’ve also touched Jericho, the baptismal site of Jesus, Gethsemane (where Jesus experienced agony and arrest the night before his crucifixion), Bet Shemesh, and Azekah among others that I’m probably forgetting. This coming week, we have more exploration in the Negev and the Galilee regions to look forward to.

With the move to Jerusalem and the JUC program, I find myself considering some of the other differences in our own situations – here, we haven’t really touched on current issues here in Israel much, or their relations with Palestinians, whereas back in Beit Sahour that was a focal point of our experience there. However, we’ll be touching on those subjects much more later once we move on from JUC, as well as learning Hebrew. The end of next week also brings with it the start of our week of independent travel, and we’ve been getting many of our final plans together for what to do then. With all the hopping between places, even our longer stays at any one given place like Beit Sahour or here at JUC still feel ephemeral, but the next adventure on this trip is always beckoning, pulling us to the next place.