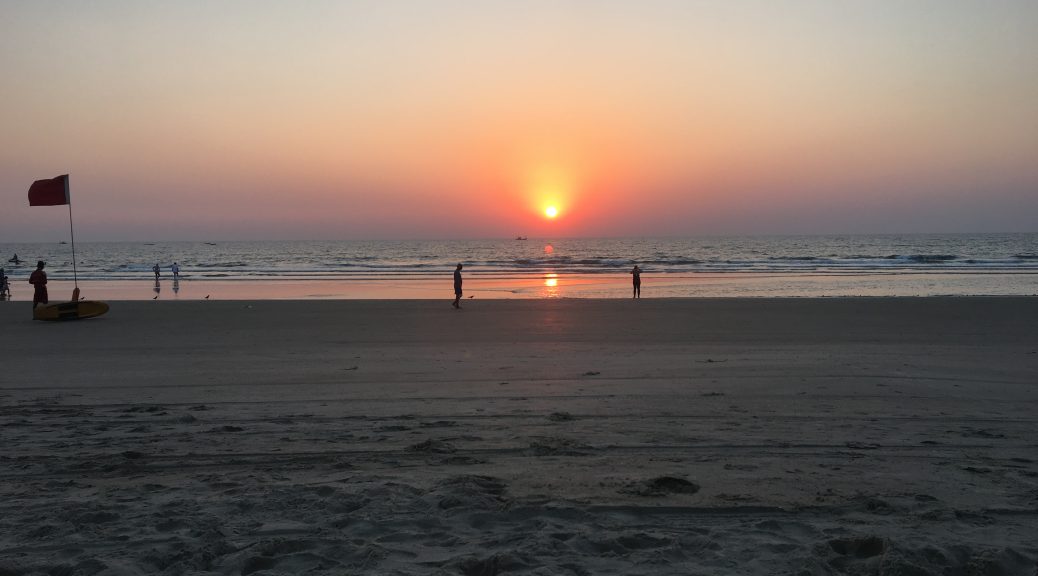 The state of Goa is located in western India with its coastline stretching along the Arabian Sea. Its history, like much of India’s history, involves European colonization. The Portuguese set their eyes on Goa when realizing its valuable placement geographically as a port for spice trading along the Arabian Sea. In the late 1500’s the Portuguese took over the state of Goa and controlled it until 1961 when Goa became independent from Portugal and became officially a part of India again. What remained was a unique convergence of two cultures that has continued to develop into what Goa is today.

Finding Portuguese culture in Goa, and India in general, was a surprise for me. During our two 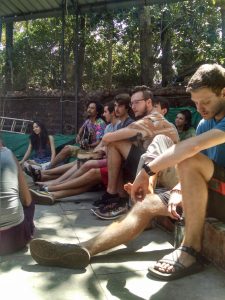 weeks in Goa, I continually found myself astounded by the interconnectedness of culture through art, music, religion and architecture. Colonization, however, has deeply influenced the culture and I started becoming critical of what we were seeing, hearing and being exposed to. I was at times uncomfortable hearing how beautiful and unique Goa is because of Portuguese influences and not hearing much of the negative impacts of that influence. I struggled with knowing that colonization in the world has been forceful dominance of one group/culture over another, but also loving the Portuguese influenced art, music and architecture I was seeing. It seems that Goans have adopted and claimed this mixture of culture as their own, nonetheless I felt as if our exposure was unbalanced and catered to us as westerners only wanting to see/learn the “positive”, “easy” things. I expected to learn more about the harm and abuse of power that the Portuguese brought upon the region. It was incredible seeing Portuguese and Indian culture existing in the same space because I have never been exposed to that dynamic before.

However, I found myself being critical of my biases towards what is beautiful and how my perspectives as a westerner influence my experience here. Did I find Goa so beautiful and interesting because it was a more culturally familiar, comfortable space, or because of observing the differences unique to Goan culture that I had never 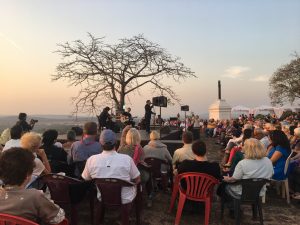 been exposed to before? I believe it is important to be critical of our western lens while we are here, and how it affects our experience here in India. Our two weeks in Goa encouraged me to think about how I am interacting and existing in these spaces and reminded me to keep questioning why I feel emotions such as discomfort or guilt. It reminded me to always be aware of the multiple parts to every story, even if you are only being exposed to one side. There is beauty within the remains of colonization – but that does not mean we should ever be content with that, and forget to ask more critical questions that explain the other parts of the story.

What does it mean to have enough to live?

To answer this question in context, it is necessary to recognize and analyze the various living standard expectations individuals in different cultures have. In an American context, having “enough to live” is generally equated with some version of the “American Dream” – life in a comfortable suburb with two cars, a few kids, and more than enough money and resources to get by. Though this certainly is not considered the minimum standard of living for all Americans, it is a quality of life the majority of Americans expect.

Americans must realize this lifestyle is one of excess, and that it disadvantages marginalized communities across the world. This lifestyle allocates a disproportionate amount of resources to Americans, meaning people in the US get way more than their fair share of global resources, ranging from food to clothing to oil. Access to more resources inevitably leads to more waste production, which explains why the average American produces more than ten times the daily waste of the average Indian. This is all to say that though Americans tend to view their lifestyles as justified, or even “natural,” from an environmental perspective, these lifestyles are unsustainable.

Now, I do not want to make it seem like I think I do not engage in a lifestyle of excess; I certainly do, as this lifestyle is difficult to avoid while being raised in a society that encourages, and even expects people to have significantly more than they need. This brings me to the main issue I have been struggling with this trip: trying to justify my lifestyle of excess while being surrounded by the people who are negatively affected by my lifestyle choices. The way I see it, there are only a certain amount of resources to go around in the world. Though I am not directly choosing to take those resources away from the people of India, the fact that I do have significantly more than I need to live means I am indirectly taking resources away from people who need them more than I do.

What I am struggling with even more is the fact that despite knowing how harmful my lifestyle is to other people, I don’t see myself changing it significantly when I get back to the US. I am going to justify this by making claims of the difficulty that comes from being counter-cultural, especially when it comes to the American ideals of consumerism and materialism, but realistically, that is nothing more than a poor excuse.

So what does this all have to do with what it means to have enough to live? I think it shows just how privileged we are as Americans to be able to include so many excess items and luxuries in the category of what is “necessary” for survival.

In India, it is obvious that most cannot expect to have the same living standards that many Americans have. The first couple of weeks on this trip, we spent almost all of our time in big cities. In these cities, it became abundantly clear how little many people had. By American standards, these people did not have “enough to live,” as they often did not have more than the clothes on their back and a few other personal items.

However, I do not think it is fair to say the majority of people in these Indian cities do not have “enough to live;” sure, by American standards these people have essentially nothing, but American standards are not universal and should not be used universally. I do not know enough about India to claim I understand how a typical Indian would define what qualifies as “enough to live,” but I do know enough about India to say confidently, an Indian’s definition differs from an American’s.

This is all to say that what constitutes “enough to live” varies from region to region, country to county, and continent to continent. It is important to recognize this for a couple of reasons. Firstly, we must realize our standards of living in the US are not normal as compared to the rest of the world. We should appreciate the fact that we have the ability to live the way we do, while also attempting to alter our unsustainable lifestyles in an effort to promote environmental sustainability and global equality. Secondly, it is important to recognize the differences in living standard expectations across the world because it can become easy for Americans traveling abroad to pity people who do not have as much as they do in an almost imperialistic way. Working to help people who are less fortunate than we are is extremely important, but ideally, this desire to help should come from the right mindset. If we want to help less fortunate people because we recognize their humanity and want the world to be a more equal place, I have no issue with that. If we want to help less fortunate people because we view ourselves as inherently superior, and project our ability to aid them as a sign of racial, social, or political dominance, we are no better than those who used a similar sense of dominance to justify colonizing and abusing people all over the globe for centuries.

In short, what it means to have “enough to live” varies drastically from culture to culture. My time in India so far has made me realize I want to do something about the inequality that derives from those different standards, as I think it is unfair for someone to have too much, or too little, based purely on geographic location of birth. Global economic inequality is one of the modern world’s biggest political, social, and cultural issues, and I believe one of its best solutions is to convince Americans, myself included, that our way of life is inherently unsustainable and marginalizes a huge portion of the world’s population.