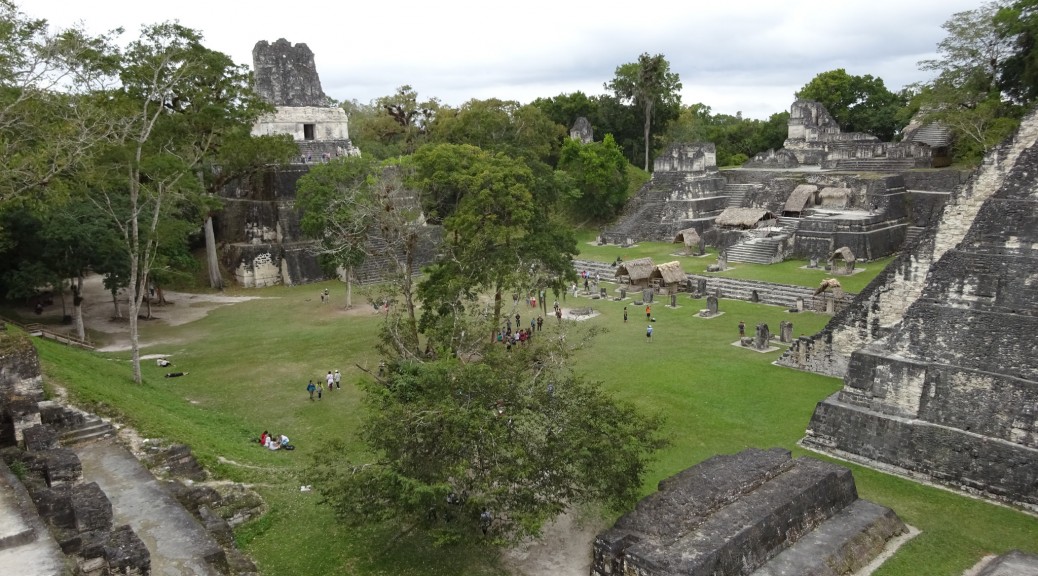 2 March 2015
This past week, most of the group’s attention was on our Thursday midterm exams. Everyone was very relieved when they were over. We also had a birthday to celebrate, which helped lift moods. The leaders even got a piñata, pizza and cake. Everyone spent the night at CASAS because we were leaving early the next morning. Though celebrations are fun, most were happy they had gone to bed early when we left at 4:30 a.m. for Tikal.

The Tikal weekend was a major highlight of the trip for many of the students. We flew in a small plane into Flores. Flores is a city in Petén, a densely forested, hot and humid region of northern Guatemala that takes up about one third of the country. As soon as we landed we got on a bus that drove us to Tikal. The ancient city of Tikal once housed Mayan royalty and many travelers from all reaches of Central America. Now it is a park where people can come to see and learn about the ancient ruins. One of the most famous ruins, seen behind the group, is called the Jaguar Temple because there was a statue of a jaguar at the top. Unfortunately we did not get to climb it, but we did climb all the other ones that we were permitted to.

Seeing and climbing the ruins of Tikal was a lot of fun, but after 4 or 5 hours running around in the sun learning about Mayan history, everyone was tired and ready to relax at our hotel. We were surprised by the beauty and comfort of our hotel where we would be staying for the next two and a half days. The Gringo Perdido (which translates to “lost foreigner”) is a gorgeous and simple hotel next to a lake. It has a variety of rooming options that felt like they were outside. There was delicious food, beautiful docks, and lots of hammocks to relax in. A favorite activity for many of us was to spend evenings on a roof star gazing. We saw countless shooting stars and could even see the Milky Way. The weekend was full of relaxation, beautiful sun rises, swimming in the lake, and good conversation. There was a town near the hotel and on Saturday and Sunday everyone took a break from swimming to walk half an hour into town to eat lunch.
Though it was very relaxing weekend, the group also found lots of fun things to do. Some found a rope swing over the lake and played on that for about an hour. A Guatemalan family stopped their car and watched, one girl even joined. Some people went on hikes through a protected forest to a beautiful lookout and others took horseback rides through mountains and the country side. The hotel’s kayak had a waiting list almost all weekend and barely spent any time on dry land. But the most exciting moment happened on Saturday morning during breakfast, courtesy of Kevin Treichel. We were asked to stop eating, come outside and stand on one of the docks. Most of us were pretty confused. But when we saw Kevin standing on the other dock and Bethannie Parks walking out to him, it became pretty evident what we were witnessing. After a few words and an awkward wave to us from Bethannie, Kevin got down on one knee and proposed. Many of us had tears in our eyes and felt lucky to have been a part of such a special moment in their lives. Kevin said he wanted the group involved because he had grown close to us and said we were important enough to him he wanted us there.

After that the weekend couldn’t really go wrong. The worst part of it was leaving to go back to classes. I can personally say that the weekend in Tikal was one of the best weekends of my life.
-Isaac Schertz

This week marks the start of the second term of classes here in CASAS. It’s hard to believe that we are already halfway through this semester. It seems like we have been through a lot since we left, but at the same time it feels like our trip is zipping by. As I reflect on the past few weeks, I notice a multitude of wonderful, one-of-a-kind experiences that are shaping me, and will help guide my future. Some are easily described and some are not. Over the weekend, we spent time away from the city in order to have some relaxation and rest. A group of friends and I decided to wake up before the sun and climb a nearby mountain to get a cool view of the sunrise over the lake where we were staying. The next morning, we hiked through the Guatemalan jungle for 45 minutes, and arrived at the mirador (viewpoint) while it was still dark. As the sky began to get lighter, Kevin suggested that we take five or ten minutes to watch in silence. For the next 30 minutes we watched the sunrise and listened to the birds and the howler monkeys without saying a word. It was one of the most beautiful things I have witnessed. The colors of the mountains, lake, and sky grew and blended as the sun changed position. It is hard to explain what made it so wonderful. Our silence created an atmosphere that was even more indescribable. It was definitely a one of a kind moment; something that I cannot easily share with anyone but the people who were there.

Cross-cultural has given me a lot to bring back and share with my community in the states. This includes knowledge about culture and customs, information about social justice problems and new ways the church can care for the poor. Some things I have received will be harder to share. I pray that as my life is enriched by moments like the one on the mountain, I will continue to carry a sensitivity for those with different experiences. 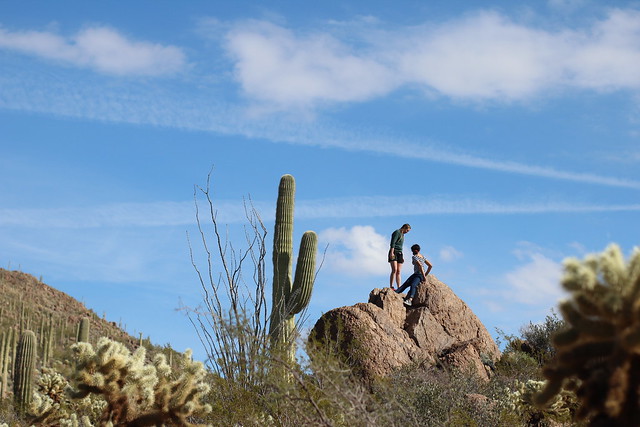