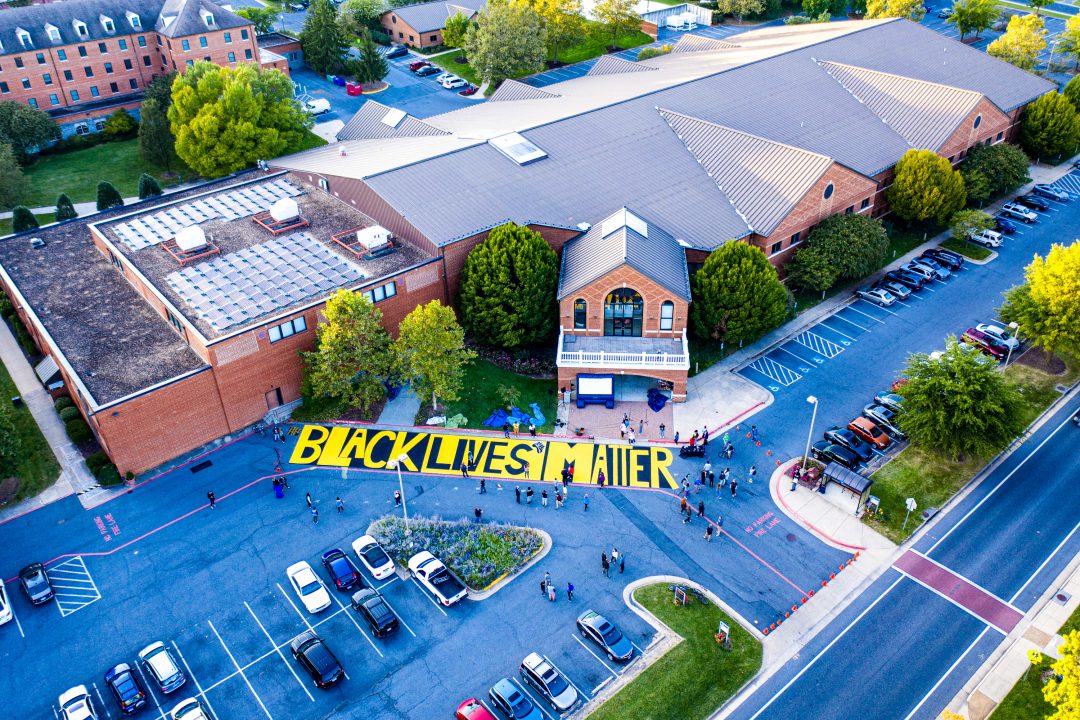 Both Siding by Naomi Davis

I woke up a couple of weeks ago disturbed by people idolizing compromise in a way that balances perspectives of liberation with anti-liberation. Inspired by Dr. Martin Luther King Jr.’s words, “So the question is not whether we will be extremists, but what kind of extremists we will be. Will we be extremists for hate or for love? Will we be extremists for the preservation of injustice or for the extension of justice?” I needed to air out concerns. We often prefer two civilizing perspectives over the radically imaginative devotion to universal human dignity that is simultaneously stubbornly closed to dehumanizing rhetoric and wide open to the humanity of those that spew it.  I hope our senses and mutuality lead us to the extremes of justice and love.

Where is the limit to our both siding?

Do we really want to play this game, backsliding?

Do we know what’s at stake?

Worshipping the god of compromise while the deal is “give a lil love take a lil hate.”

I refuse to conflate justice with domination for the sake of our both siding.

The doctrine of both siding leads its followers astray so far that the east moves the marker of the west to where it is the west of the east, at best.

Will we really let our ideal of harmony narrow our minds to an obscure piece of geography called “both sides?”

When it only hides the wider terrain that does not complain about the other end of a narrow spectrum.

This underutilized conviction smells the stink of false equivalences from its septum and spits out the bitter taste of violent binaries from its tongue.

Because it knows we haven’t won until our eyes see a vision of the multidimensional that I must mention, does not require a cheapening other side to love, justice, or peace.

In fact, we feel this piece of the imagination that holds the beautiful tension of conflict down to our toes.

Without sacrificing truth to the god of compromise who knows, I surmise, that his lazy doctrine flattens our senses until we don’t know what sense is.

And we offer our two cents that undervalue the pursuit of liberation, with a cry for deliberation from the god of compromise who will turn his eyes to the side against freedom and believe it has something to offer.

and won’t accept the halfway point from the west part of the east to the east but believe that peace is when we don’t both sides our way between human dignity and genocide?

As we come to our senses can we take a census of what our fifth sense is hearing beyond the confines of both sides. It unwinds to the sound of chorus and orchestra elevating our flatness to the dimensions that can hold the tensions and competition of piano chords, drum vibrations, and trumpet sensations. And hundreds of voices that sing as hundreds, and before any standing ovation, the soloist sings of liberation with no iteration that someone might follow this act from another side.

It is time we find ways to listen that have no intention of following “both siding” off a cliff, but stand stiff, committed to our senses that tell us when we must rise beyond the limitations of compromise and live in a world that is more committed to freedom fighting than both siding.

Naomi Davis is a student in the Peacebuilding and Development (PXD) program at Eastern Mennonite University (EMU).