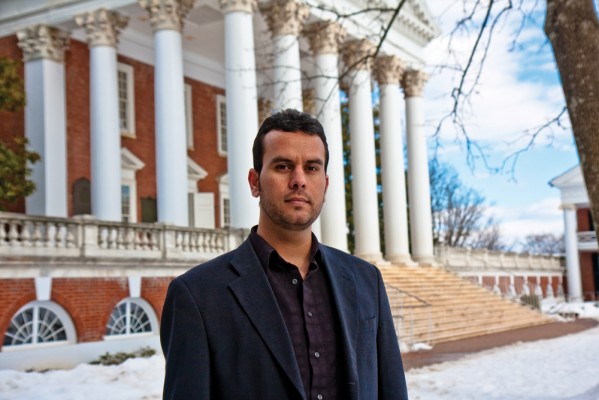 Experience shows that use of armed force results in more violence and resistance.

The Taliban and al-Qaeda are major threats to the stability of Afghanistan. But no military can solve this problem once and for all. The long-term answer lies in building up the economic base of Afghanistan, empowering “civil society” (i.e. everyday folks like teachers, farmers, business people, clergy, women’s groups, health workers, journalists), and reinforcing democratic governance. In short, nation building.

When queried for Peacebuilder magazine, eight Afghans linked to CJP, along with a U.S. graduate student based in Afghanistan, concurred on the points above. They did not all agree, however, on whether it was advisable for NATO troops to be fighting Islamic extremists in Afghanistan, even temporarily. Suraya Sadeed, executive director of Help the Afghan Children, said: “I can assure you the United States and NATO will never win this war.”

Saeed Murad Rahi, MA ’07, agreed: “Experience shows that use of armed force or the introduction of armed intervention to fight opponents makes the situation worse and has resulted in more violence and resistance.” Rahi would like the Afghan government to set up a national reconciliation commission to start negotiating with its opponents. Sadeed, too, wants negotiations that are open to all parties in the conflict.

The other respondents, however, reluctantly lent their support to the military’s role in Afghanistan. “I have to be realistic,” said Farishta Sakhi, a current MA student. “Our Afghan troops cannot yet deal with the Taliban, al-Qaeda, and other extremists, especially since the extremists get a lot of support from outside our country.”

Hamid Arsalan, another MA student, said: “Most Afghans were in favor of the troop surge – you have to realize that the fighting is not all over the country; the Taliban is present in about 40 districts in the south and east out of 400 in the country. But we cannot defeat the Taliban through military means only. Development and diplomatic efforts also must be made. The solution must be a political one.”

Hamid added that he recognizes the necessity of reconciliation with some parts of the Taliban, involving their re-integration into community and political life. “But I don’t see reconciliation with al-Qaeda, which has no interest in the well-being of Afghanistan. The leaders of al-Qaeda are not Afghans; they just ended up in Afghanistan.”

Jennifer Adams, a graduate student who is married to a U.S. citizen teaching at Kabul University, brought back these observations after spending last fall in Kabul:

If you stop people on the streets of Kabul today and ask what they want, you will find real ambivalence. Most don’t want the foreign troops to leave yet. They don’t agree with those who say, ‘Pull out the troops tomorrow and let the Afghans sort it out for themselves.’ They think Afghanistan is not yet strong enough not to implode if NATO troops withdraw.

But they don’t want an international force in Afghanistan forever. They want an Afghan national army that is able to secure the borders and keep neighboring countries from interfering in Afghanistan.

They will tell you they were living in the Afghan version of a concentration camp in 2001, where they literally saw the Taliban string their neighbors up on street lights. Where schools were closed down. Where the educated were selected for execution, and women had no rights at all. With an iron fist, the Taliban imposed tribal codes not shared by most Afghans.

Given this recent history, many Afghans will find it difficult to reach out to the Taliban – even those elements of the Taliban who are willing to depart from the past – though reconciliation of some kind undoubtedly will be necessary for lasting peace.

Some respondents mentioned they had lost close family members to war on Afghan soil. Two brothers of Farshid Hakimyar were killed. Farishta and Nilofar Sakhi’s grandfather, a respected mullah, was killed, plus two uncles. The Sakhi family knows that one of the killers remains in their home community, but they are not focused on retribution. “We need to address the past to restore and repair relationships in order to build a better future,” Farishta said, adding that vengeance would perpetuate the cycles of violence.

Ramin Nouroozi said that the Taliban re-emerged in the last decade, in part, because of “air strikes that kill civilians, causing their people to seek revenge.” He also pointed to anger at corruption, both large scale – as when foreign energy companies pay politicians huge sums of money to back the company’s interests – and local, as when citizens have to bribe people to get anything done, even to pay their electrical and telephone bills.

Respondents frequently mentioned the harmful role played by outside powers – notably Pakistan, the United States, Russia and India, with China now entering the picture – in encroaching on Afghanistan (often through proxies) for their national interests.