Check Out Our Four Published Volumes 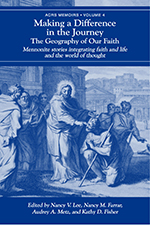 The new Memoir 4 from The Anabaptist Center for Religion and Society (ACRS) will be released and on sale at the EMU Homecoming, Friday, October 13, 12:30 to 1 pm at the conclusion of the EMU Jubilee Alumni meeting in Martin Chapel in the Seminary. This is the fourth volume of the ACRS series of “The Geography of Our Faith”, edited by Nancy V. Lee, Nancy Farrar, Audrey Metz and Kathy Fisher.

Editor Nancy Lee continues, “The tellers of all of these stories first presented them in the ACRS Monday Morning Breakfast series. Chosen by Ray Gingerich (then Director of ACRS), the authors of Volume 4 described the series of events—often awakenings—that led them to high positions of responsibility and resulting actions that changed—and sometimes saved—the lives of many”. Editor Nancy Lee states: “While the first volume of ACRS memoirs (2007, 2009) traced the effects of a tumultuous century on mainly rural Mennonites who grew up to become leaders, second volume (2009) goes behind somewhat different scenes. Here readers—and former EMU students—can view what they wish they could have known about the crucial events and questions in the hearts and minds of these church and college administrators, professors, authors, and the ones who became internationalists.” The storytellers in Volume 3 (2016), who included Church of the Brethren as well as Mennonite authors, illustrated—in the midst of a world of war and genocide—their new perceptions of ways to serve. Volume 4 (2017) now concludes the series with the stories of both Church of the Brethren and Mennonite leaders whose different ways of serving enriched and, indeed, saved the lives of many.

Great personal or gift giving idea. Volumes I, II & III contain 32 faith stories of ACRS speakers in the past. 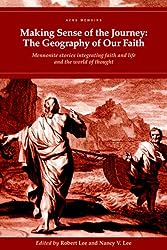 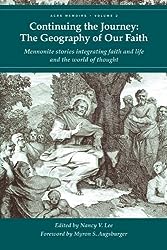 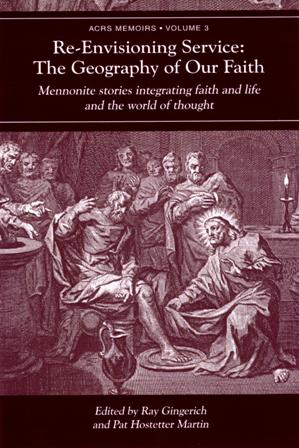